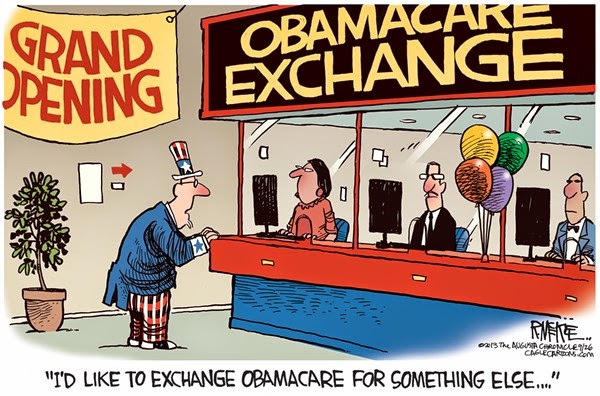 Obamacare introduced new regulations into the health care marketplace that contributed to premiums doubling after the legislation took full effect in 2014, according to a report the Department of Health and Human Services (HHS) released Tuesday evening.

“With data that shows average premiums doubling nationwide and Americans paying nearly $3,000 more for health insurance per year, this report is a sobering reminder of why reforming our healthcare system remains a top priority of the Trump Administration,” Alleigh Marré, national spokesman for HHS, said in a statement.

One of the main problems with Obamacare are the skyrocketing premiums. Insurers pull out of marketplaces where it is not cost-efficient for them to provide services, and, as a result, consumers are left with fewer options at higher prices. (RELATED: White House: Obamacare Premiums Will Rise By Double Digits Next Year)