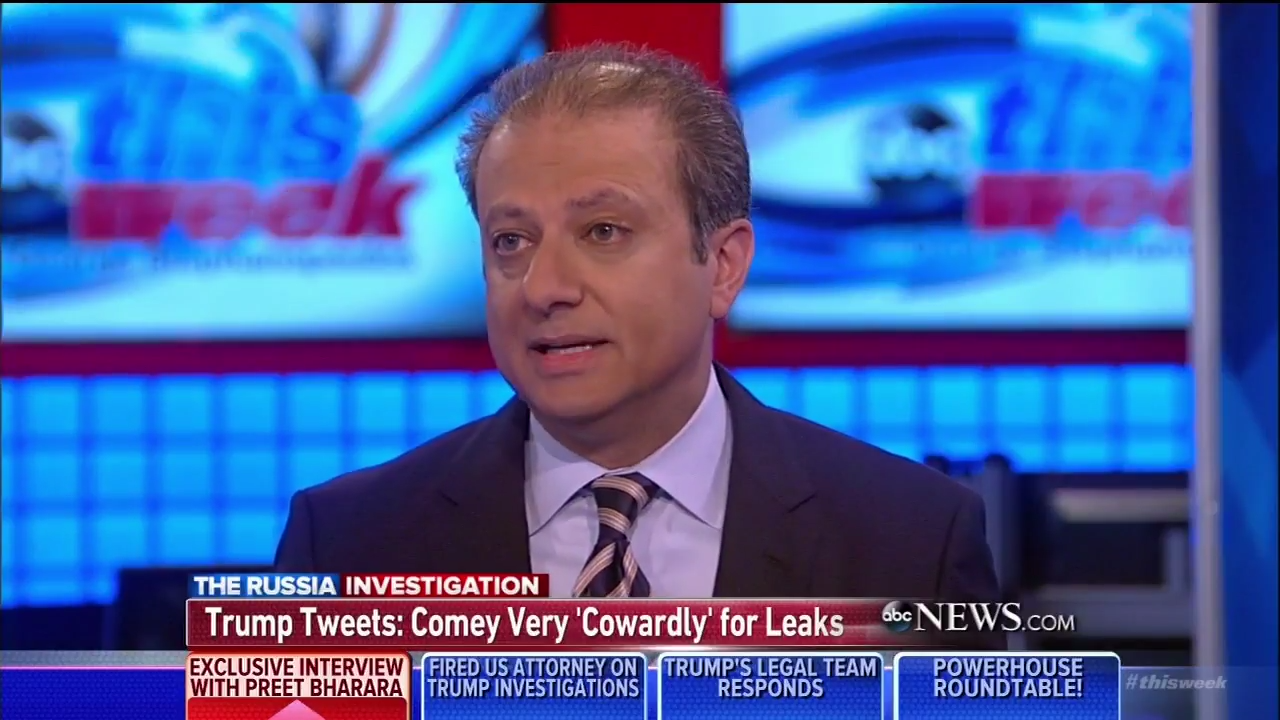 “I think there is absolutely evidence to begin a case,” for obstruction, Bharara said

“No one knows right now whether there is a provable case of obstruction,” he added. “It’s also true … that there’s no basis to say there’s no obstruction.”

The interview marks the first time he has spoken publicly since he was fired in March, as part of a broader purge of Obama-era prosecutors from the Department of Justice.

Initially, Trump himself asked Bharara to remain in office during the transition, though it was never clear how long Bharara would continue to man his post. The Manhattan-based prosecutor was a fixture of national headlines after numerous high profile investigations of Wall Street financiers and public officials in New York state, including individuals close to Democratic Gov. Andrew Cuomo.

Speculation abounded after his dismissal that Bharara may have been investigating Trump associates, or even the president himself, as the president’s campaign headquarters and many of his businesses fell within his jurisdiction.

The former U.S. attorney, now a scholar in residence at New York University School of Law, is a protege of Senate Minority Leader Chuck Schumer.