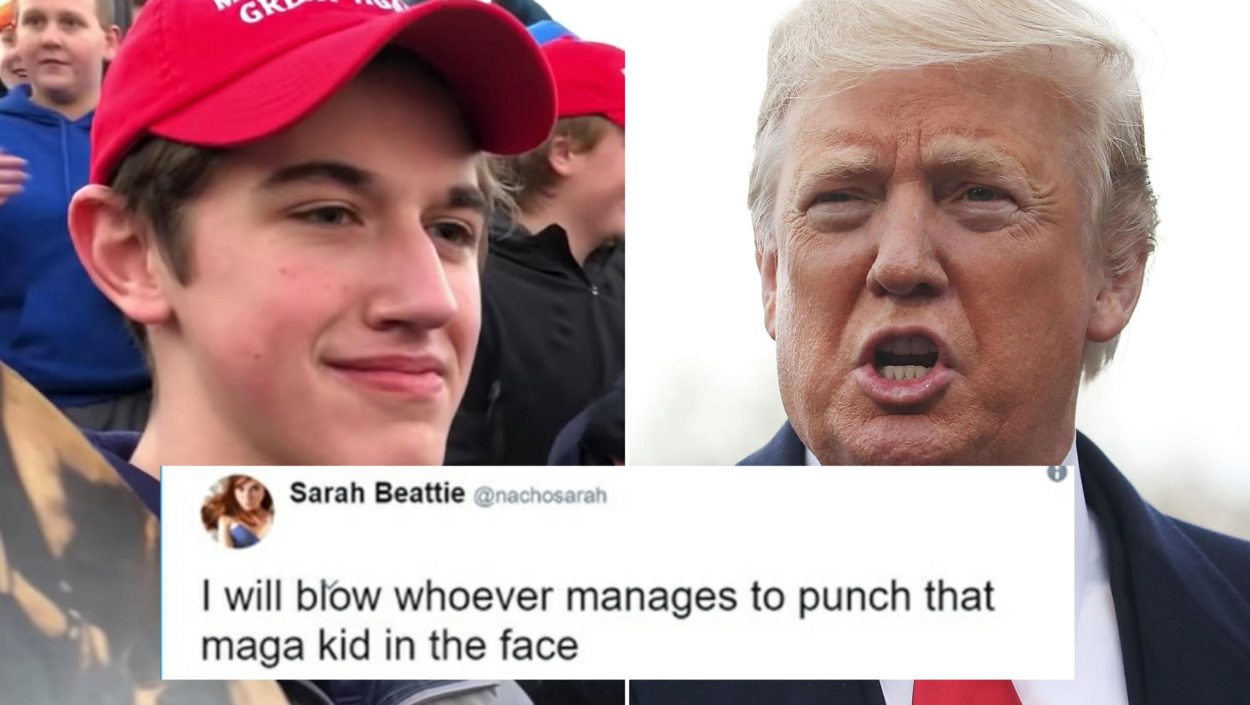 On the website change.org, a petition has surfaced requesting that MAGA Kid Nicholas Sandmann allows President Donald Trump to punch him in the face.

The petition comes as the President plans to meet with the students from Kentucky Covington High School who were grossly misportrayed by the media.

The focus of the petition is on a tweet from Twitter user Sarah Beattie who claims to be a writer for Saturday Night Live, and who tweeted she would blow anyone who punched the Maga Kid in the face.

The petition aims to hold Sarah Beattie to her now-deleted Tweet, and for her to blow Donald Trump.

“Sarah Beattie has offered to blow anyone who punches 17 year old Nick Sandmann in the face for smiling at some lying, space invading, fake veteran douchebag.

Nick Sandmann has been since invited to the white house, and I smell an opportunity. Let’s use numbers to convince Nick to allow President Trump to punch him in the face so that this insufferable turd has to blow the man who likely sends her and her kin into hysterical anxiety fits.

Let’s not stop there, let’s market this sex tape until it out performs the lady Ghostbusters remake, and donate all the proceeds to the most militant pro-life movements in the country.

Did The FBI Leak Roger Stone’s Arrest To CNN?