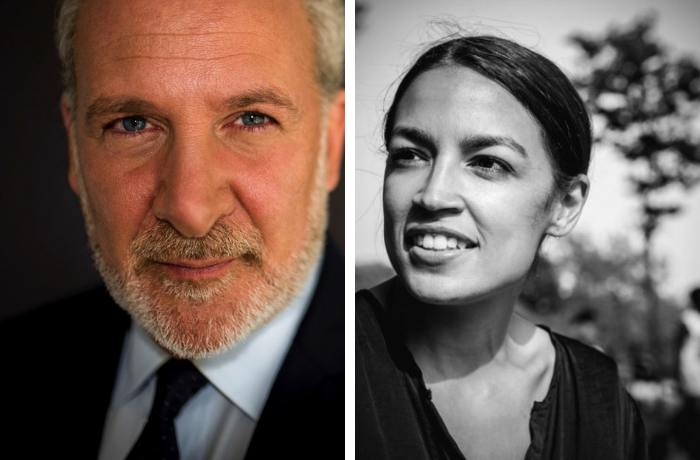 “The interesting thing about socialism is that matter how many times it fails. People expect it to succeed.” – Peter Schiff

Alexandria Ocasio-Cortez (AOC) made history last November becoming the youngest women ever elected to Congress. She’s stirred up controversy not only advocating for socialist ideals a la Bernie Sanders, but is also shifting the Overton Window in her own Democrat Party. AOC also charms the world with her old dancing videos and mastery of social media marketing. When she cannot name the three branches of government and promotes the economic fallacy that wealth is finite that maverick allure fades fast. ‘Sarah Palin of the left’ is fitting with when she says things like, “You just pay for it,” regarding Medicare for all, or claiming “Climate Change is ‘Our World War II.’

AOC championed social justice in college according to Boston University. Standing up for the oppressed is admirable and bold claims about fixing inequality by government fiat stimulate emotion. However history shows socialism and communism more often than not lead to misery. Criticizing the American education system is nothing new for Schiff so keep that in mind when reading his savage tweets from Wednesday morning:

By indoctrination one can assume Schiff is referring to the fact that millennials have a higher opinion of socialism than capitalism. Hence, its popularity amongst younger voters.

2. The second tweet rails against how AOCs ideas and how they presumably garner a mob rule mentality that is antithetical to the American republic.

Alexandria Ocasio-Cortez is a perfect example of why the Founding Fathers were so fearful of democracy, referred to it as mobocracy, and created America as a Republic instead. At a minimum we need to raise the federal voting age to 30 and the age for serving in Congress to 35!— Peter Schiff (@PeterSchiff) January 23, 2019

Llya Somin explained how socialism and communism fails this in his 2017 Washington Post story ‘Lessons from a century of communism:

To make socialism work, government planners needed to have the authority to direct the production and distribution of virtually all the goods produced by the society. In addition, extensive coercion was necessary to force people to give up their private property, and do the work that the state required. Famine and mass murder was probably the only way the rulers of the USSR, China, and other communist states could compel peasants to give up their land and livestock and accept a new form of serfdom on collective farms – which most were then forbidden to leave without official permission, for fear that they might otherwise seek an easier life elsewhere.

The vast power necessary to establish and maintain the communist system naturally attracted unscrupulous people, including many self-seekers who prioritized their own interests over those of the cause. But it is striking that the biggest communist atrocities were perpetrated not by corrupt party bosses, but by true believers like Lenin, Stalin, and Mao. Precisely because they were true believers, they were willing to do whatever it might take to make their utopian dreams a reality.

Even as the socialist system created opportunities for vast atrocities by the rulers, it also destroyed production incentives for ordinary people. In the absence of markets (at least legal ones), there was little incentive for workers to either be productive or to focus on making goods that might actually be useful to consumers. Many people tried to do as little work as possible at their official jobs, where possible reserving their real efforts for black market activity. As the old Soviet saying goes, workers had the attitude that “we pretend to work, and they pretend to pay.”

Concentrated power leads down a grim path regardless of campaign promises made or how much history politicians and dictators ignore. Which is why our founding fathers, for all their faults established a republic with various levels of checks and balances. Be wary of big promises regardless of which political aisle they stem from. After all no one wants a dictator or mob rule even one they agree with. Hopefully.

NOTE: Here are the screen shots in case Schiff is banned from Twitter:

BREAKING: Venezuela’s Maduro Cuts Off Relations With US