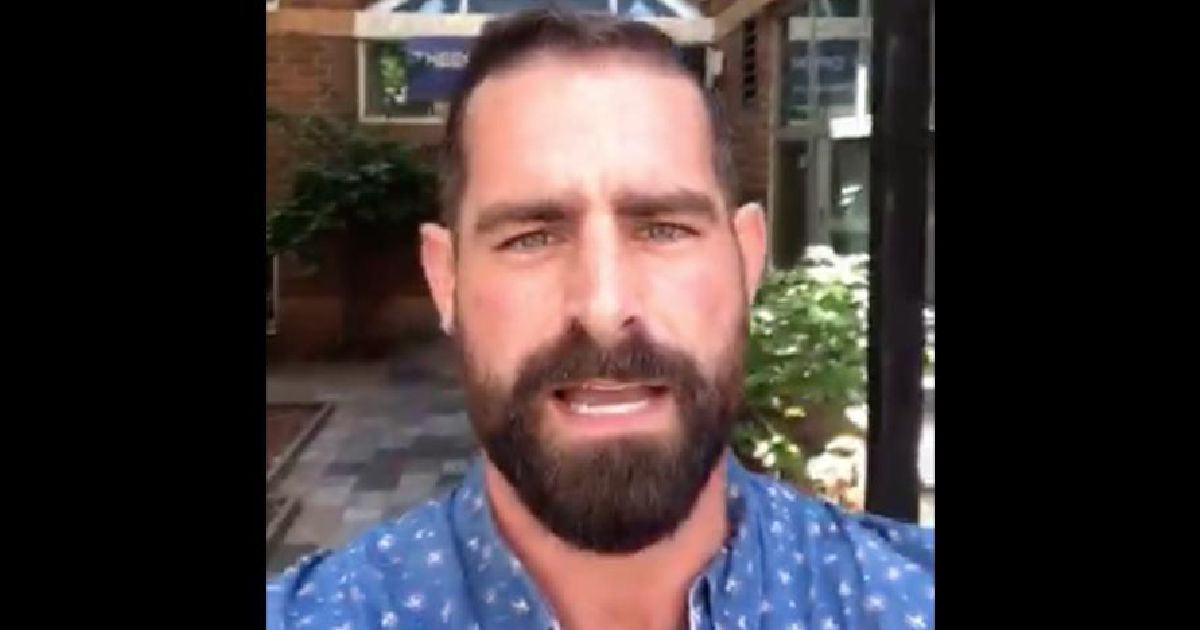 Videos from several weeks ago reveal that Sims also filmed himself hassling and recording several teens outside an abortion clinic.

Sims’ videos have drawn outrage and criticism from the Pennsylvania Republican Party as well as conservatives and pro-lifers.

Democratic Pennsylvania state Rep. Brian Sims filmed himself hassling and wanting to dox several teens who were praying outside an abortion clinic in April before repeating this behavior in early May.

Sims filmed himself in front of a southeastern Pennsylvania Planned Parenthood in a live Facebook video posted three weeks ago. The Pennsylvania state representative approached three reportedly teenaged girls and filmed them as he encouraged viewers to dox them.

“What we’ve got here is a bunch of … pseudo-Christian protesters who’ve been out here shaming young girls for being here,” Sims said in the video, according to Life News. “So, here’s the deal, I’ve got $100 to anybody who will identify these three, and I will donate to Planned Parenthood.”

After the teenagers and woman walked away from him, Sims focused on a man praying on the sidewalk.

“What makes you think it’s your job to tell women what to do with their bodies?” Sim asks the man, as shown in the video. “The truth is I’m not really asking because I don’t care. Shame on you!”

Sims also spoke at a woman praying outside the abortion clinic earlier this weekend as well, repeatedly following and filming her.

“Today’s protester, now she is an old white lady who is going to try to avoid showing you her face,” Sims said in another video. “But the same laws, luckily, that protect her from being out here also protect me from showing you who she is. And so my hope is that you’ll donate $100 for every extra hour that this woman is out here telling people what is right for their bodies.”

“Who’d have thought that an old lady would be outside a Planned Parenthood telling people what is right for their bodies,” Sims says in the video. “What you are doing here is disgusting. This is wrong. You have no business being out here.”

WATCH: Pennsylvania State Representative @BrianSimsPA harasses an elderly woman who is peacefully advocating for the lives of preborn human beings and women who are considering abortion.

“State Rep. Brian Sims’ harassment of a woman’s peaceful and religious exercise of her First Amendment rights is yet another example of a troubling trend of growing extremism and hypocrisy among Democrats,” said Republican Party of Pennsylvania Chairman Val DiGiorgio in a statement. “People are entitled to exercise their First Amendment rights and should be free from intimidation and harassment, even when their views makes left-wing Democrats like Rep. Sims uncomfortable.”

“We need elected officials who work to solve the problems of Pennsylvania families – not those who like Rep. Brian Sims, Rep. Danielle Friel Otten, and others continue to use identity politics to divide,” DiGiorgio added.

“Having met Rep. Sims, I am surprised at this episode of despicable conduct. Given the nature of his conduct, he owes an apology not just to the woman he harassed, but to the people of Pennsylvania that expect more out of their elected officials.”

Live Action founder and president Lila Rose also commented on Sims behavior, saying in a tweet, “In this video, State Rep Brian Sims says he’ll pay his followers $100 if they are able to dox three teen girls he films who are quietly praying outside a Planned Parenthood abortion clinic. How is this guy still allowed to be on Twitter?”

In this video, State Rep @BrianSimsPA says he’ll pay his followers $100 if they are able to dox three teen girls he films who are quietly praying outside a Planned Parenthood abortion clinic. How is this guy still allowed to be on Twitter? pic.twitter.com/yfNCHhRSqY

Sims office did not respond to request for comment when contacted by The Daily Caller News Foundation.