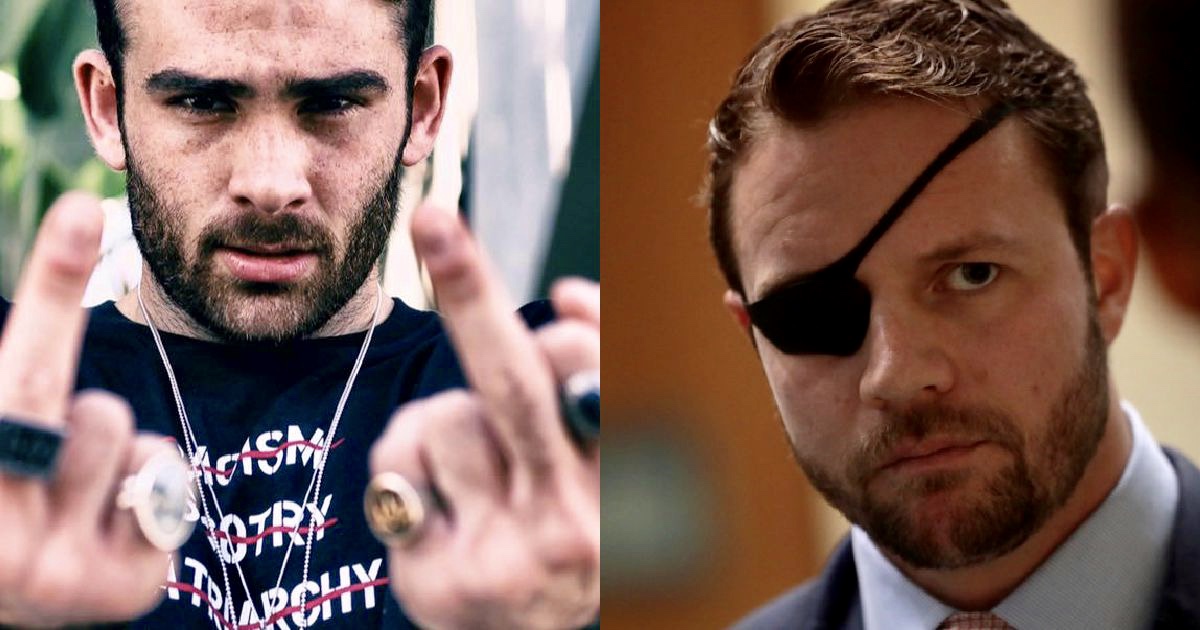 Hasan Piker, a commentator for the progressive media network, The Young Turks, got really nasty in his criticisms of Rep. Dan Crenshaw’s  (R-TX)  approach to foreign policy while doing a commentary of the congressman’s conversation with Joe Rogan on Tuesday.

Piker went on a minute-long angry rant in which he asked if the Congressman had learned his lesson about the difference between the use of military force and diplomacy. He continued by angrily asking, “isn’t that how he lost his eye, because some brave mujahideen, a brave fucking solider, fucked his eyehole with his dick?”

I’m not here to defend Rep. Crenshaw’s foreign policy as it is not America’s place to police the world, nor is it in our best interests to constantly stick our noses in the affairs of foreign nations. Much like Senator Rand Paul (R-KY), I see a direct link between the hawkish behavior of both major parties that has led to the destabilization of the Middle East, giving birth to Islamic terrorist groups such as ISIS.

My foreign policy is very much in line with Thomas Jefferson’s when he warned against getting involved with the many costly wars going on in Europe in his day.

“We wish not to meddle with the internal affairs of any country, nor with the general affairs of Europe. Peace with all nations, and the right which that gives us with respect to all nations, are our object.” -Thomas Jefferson to C. W. F. Dumas, 1793.

Hasan Piker was totally out of line to personally insult Congressman Crenshaw over an injury he received in the line of duty because of his disagreement.

Regardless of political affiliation or ideology, the American people as a whole are facing a deeply rooted inner problem. We have an addiction to outrage. We in the media have contributed heavily to this problem, and I see it as my responsibility to be part of the solution. I encourage Hasan Piker to do the same.

It is perfectly acceptable to disagree with someone, but to insult a man’s personal injury he received as a Navy SEAL, and to suggest that America deserved the 9/11 attacks because of bad foreign policy is disgusting.

I may be “on the other side” due to my political ideology as a libertarian, but Hasan Piker and I are in the same position when it comes to being members of the media in our country. I would argue that, in some ways, we contribute more to the direction of this country because we contribute to shaping the opinions of Americans. As reporters or commentators, it is our responsibility to make sense of what is going on politically in our world and give our opinions on why something is right or wrong.

I appreciate the fact that Cenk Uygur had Hassan on TYT to address his vile comments regarding Crenshaw’s battle wounds. While I agree with Piker that military service should not be treated as a sacred cow which grants a politician immunity, their willingness to serve should be treated with a certain level of respect. It requires tremendous personal sacrifice, which does sometimes include the ultimate sacrifice of giving up one’s life.

The words we use are indeed powerful tools when it comes to what we advocate for, but sometimes how something is said can be just as important as what we say. I highly encourage Hasan to remember the power he holds as a commentator and to realize that language like he used in his Twitch stream is contributing to harsh feelings between our fellow Americans wherever they fall on the political spectrum.

It is good and even necessary to debate matters of public policy vigorously, but we should remember that everyone is human and a certain level of civility should be expected no matter how much you disagree with someone.

We have entered times in which tensions are high between neighbors. If we are to navigate these turbulent waters, it is up to us as individuals to remember the words of Jesus in Matthew 7:12 which say, “So in everything, do to others what you would have them do to you, for this sums up the Law and the Prophets.”