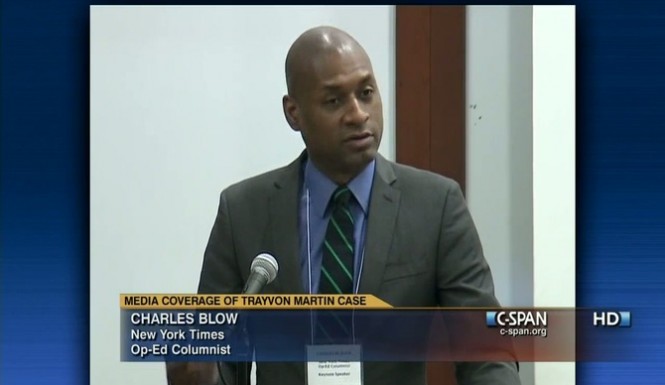 New York Times columnist Charles Blow decried any Democrat effort to win over Donald Trump voters in a column Wednesday, saying he has “no patience” for talk of reaching out to them and calling Trump a “cancer.”

“I have no patience for liberal talk of reaching out to Trump voters,” Blow writes, arguing anyone who voted for Trump is not compassionate and isn’t worth the Democrat party’s time. He adds: “No one need try to convince me otherwise. The effort is futile; my conviction is absolute. This is a culture war in which truth is the weapon, righteousness the flag and passion the fuel.”

Drawing a parallel between former President Ronald Reagan and Trump in terms of alleged racism, Blow urges his party not to respond to Trump’s domination of the white working class in the same way they responded to Reagan’s. (RELATED: NYT’s Charles Blow Keeps Asking The Lord To Help Him Get Through The News Cycle)

“So, then as now, economic anxiety and throbbing xenophobia were convenient shields behind which brewing racial animus could hide,” Blow writes, implying about 60 million Americans voted for Trump because they are racist. “Indeed, Trump’s slogan ‘Make American Great Again’ was first used by Reagan. And yet, Democrats in 1984 were quick to look for the lessons they could learn on how to reach out to the Reagan coalition, instead of condemning it.”

So-called compassionate conservatism is dead, he continues, reciting a list of Trump policies he doesn’t like, such as enforcing immigration law, refuting the idea health care is a “right” that should be guaranteed by the government, and designating them as “cruel.”

“This is why I have no patience for liberal talk of reaching out to Trump voters,” he writes. “There is no more a compromise point with those who accept, promote and defend bigotry, misogyny and xenophobia than there is a designation of ‘almost pregnant.’”

The best way to “resist” Trump and his bigoted supporters is not to work to understand their point of view, but to refuse to compromise, he writes. “Trump is a cancer on this country and resistance is the remedy. The Trump phenomenon is devoid of compassion, and we must be closed to compromise.”

Ted Cruz Says Another SCOTUS Vacancy Is Just Months Away