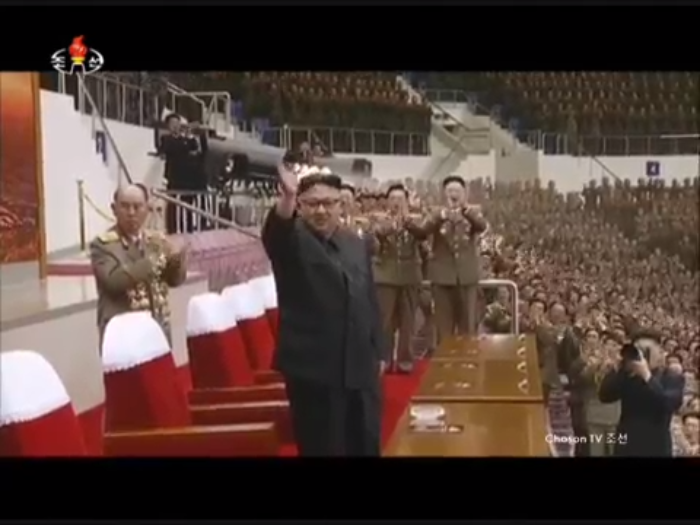 North Korea unveiled footage Tuesday of a simulated nuclear strike on a U.S. city to celebrate a major national holiday.

The video, presented during an orchestral performance held as a celebratory activity marking the 105th anniversary of the birth of North Korean founder Kim Il Sung, showed an intercontinental ballistic missile soaring across the Pacific Ocean and obliterating an American city.

The next scene is one of a burning and tattered American flag surrounded by graves.

The video follows a military parade Saturday, in which North Korea presented three different ICBM models. The lyrics to the song played during the video are: “Our proud Hwasong rocket blasts off … It flies as quickly as a flash of lightning to challenge imperialism,” according to Yonhap News Agency.

In his New Year’s address, Kim Jong-un warned that the regime was close to testing an ICBM. “We have reached the final stage of preparations to test-launch an intercontinental ballistic missile,” Kim said, adding that, “Research and development of cutting edge arms equipment is actively progressing.”

North Korea’s nuclear weapons and ballistic missile programs have raised tensions between Pyongyang and Washington and increased talk of war.

The performance Tuesday was presented by State Merited Chorus.