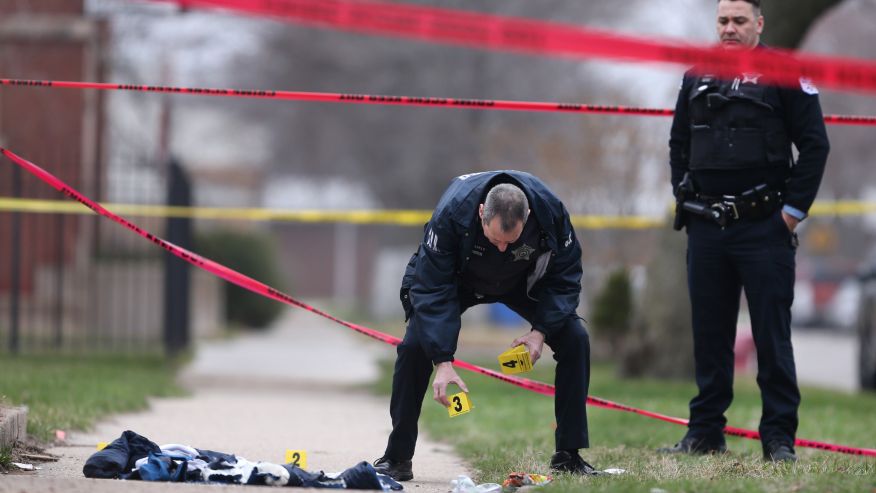 The Chicago homicide count from 2016 is even higher than previously reported, according to numbers from the county.

The Chicago Police Department only reported 762 murders for 2016.  The main reason for this difference is what the police department decides to include when counting murders.

The police department only counts “murders,” defined as violent acts subject to criminal prosecution. The medical examiner’s officer, on the other hand, counts homicides. They define homicides as “when the death of a person comes at the hand of another person. This does not imply that all homicides are murders that would be subject to criminal prosecution.”

The police department also leaves out violent killings if they are deemed justified. For example, a police shooting of a Chicago resident is not included in the murder count.

The violence raged in Chicago throughout 2016, reaching levels not seen in almost twenty years. Chicago opened 2016 with an exceptionally bloody month in January. January alone saw 51 homicides and 272 gunshot victims.

Approximately 11 people lost their lives and 50 were shot over Christmas weekend in 2016.

“These were deliberate and planned shootings by one gang against another,” Chicago police Supt. Eddie Johnson said of the shootings. “They were targeted knowing fully well that individuals would be at the homes of family and friends celebrating the holidays. This was followed by several acts of retaliation.”

The violence in Chicago does not seem to be slowing down; Chicago opened the New Year with about 46 shootings.

Dave Brat On Obamacare: The Repeal Vote Is Bigger Than Health Care