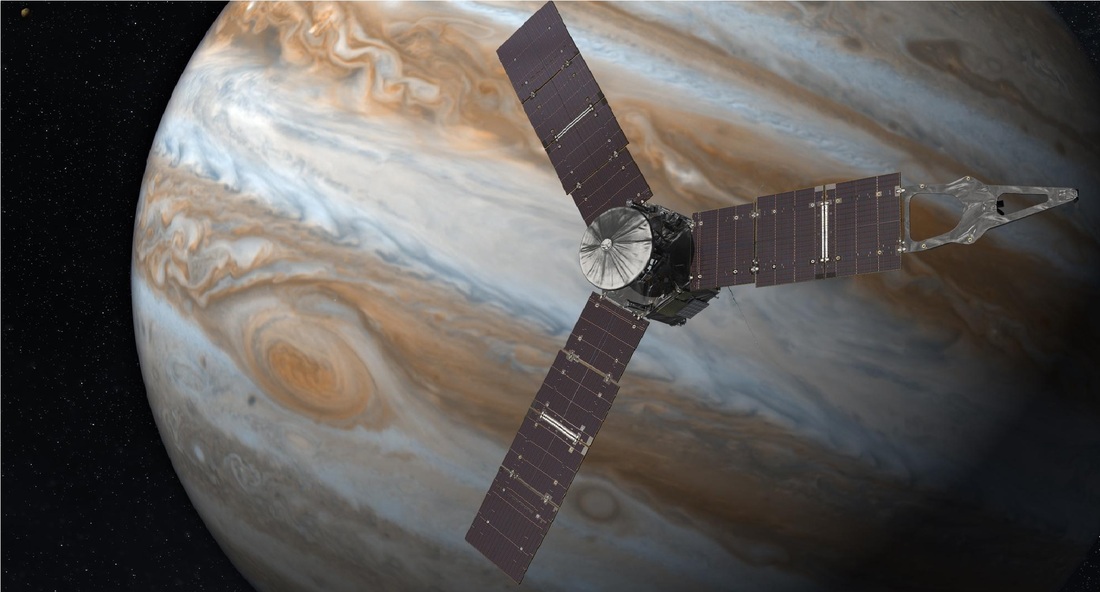 NASA officials say they received a signal from 540 million miles across the solar system, confirming the Juno spacecraft successfully started orbiting Jupiter, the largest planet in our solar system.

“This is the one time I don’t mind being stuck in a windowless room on the night of the 4th of July,” Scott Bolton, one of the principal scientists behind Juno, said in a NASA press release. “The mission team did great. The spacecraft did great. We are looking great. It’s a great day.”

Juno’s missions is to understand how Jupiter formed and how it influenced the development of the rest of the solar system. The spacecraft will use nine different scientific instruments to investigate the existence of a solid planetary core, map Jupiter’s intense magnetic fields, measure the amount of water and ammonia in the deep atmosphere, and observe the planet’s auroras.

“The spacecraft worked perfectly, which is always nice when you’re driving a vehicle with 1.7 billion miles on the odometer,” Rick Nybakken, Juno project manager from NASA’s Jet Propulsion Laboratory, said in the press release. “Jupiter orbit insertion was a big step and the most challenging remaining in our mission plan, but there are others that have to occur before we can give the science team the mission they are looking for.”

Juno is powered by solar panels due to NASA’s lack of Plutonium-238 (Pu-238), which is an incredibly stable power source that can act like a battery for spacecraft, as it has a radioactive half-life of almost 90 years. Every NASA probe, from Voyager to the latest Curiosity Mars Rover, has used Pu-238 and future planned missions would require more Pu-328. Right now, only 77 pounds of Pu-238 remain in America, and only half of that is in usable condition. That’s only enough for three or four missions.