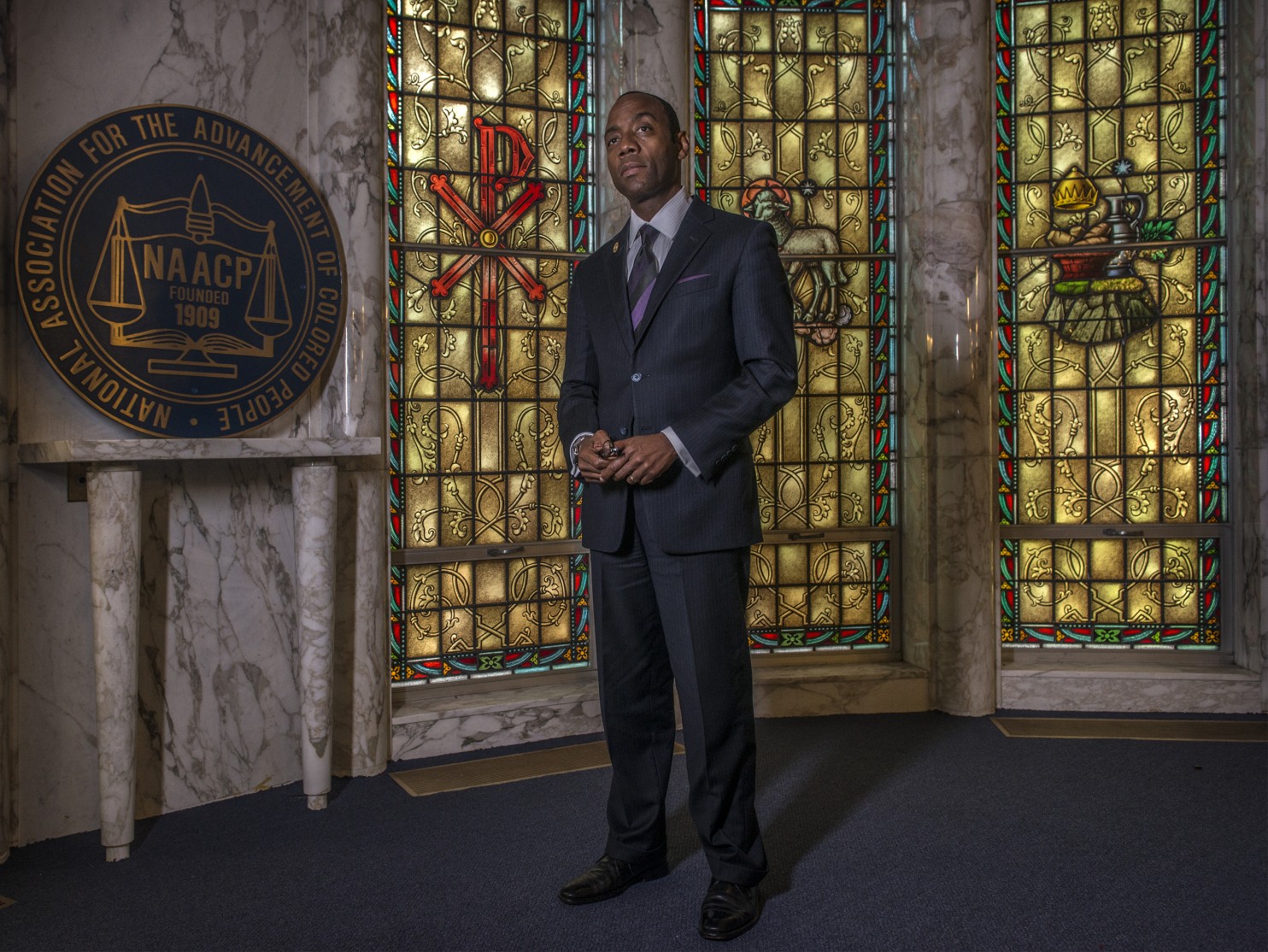 The NAACP president and other activists were arrested Monday afternoon for hosting a sit-in outside Sen. Jeff Sessions’ Alabama office.

“I think it’s clear that this administration is picking a fight with the American citizenry and the citizenry is making it clear that we’re not backing down; we’re not relenting,” Brooks said.

Brooks and the NAACP claim that Sessions has a complete disregard for the “advancement and protection of the civil, human, voting and Constitutional rights and needs of all Americans.”

Prior to being arrested, the group sat outside Sessions’ office for an hour and sang songs. The building manager had tried to prevent them from entering, but the protesters managed to get in anyway.

An hour into the demonstration, police came to arrest some of the protesters. They booked them at the police station and took them to the city jail, a NAACP spokesman said.

“Be clear, what we’ve seen coming out of this White House is not only sobering, frightening or alarming, but it’s a call to action,” Brooks said before entering the building. “The choice before us is not between liberalism and conservatism, but authoritarian [sic] and democracy.”

This is not the first time Brooks has been arrested for protesting Sessions as attorney general. Last month, Brooks and others staged another sit-in against Sessions.

Despite outrage from the NAACP, Sessions does have backing from black leaders. A group of pastors held a press conference on Capitol Hill to throw their support behind Sessions. (RELATED:Black Pastors Defend Sessions Against Racism Charges)

“Sessions helped desegregate schools in Alabama- a huge issue. Also he got the death penalty for a KKK murderer. I think that would qualify you as someone who is eliminating racism, not one who is perpetrating racism,” Bishop Harry Jackson said.