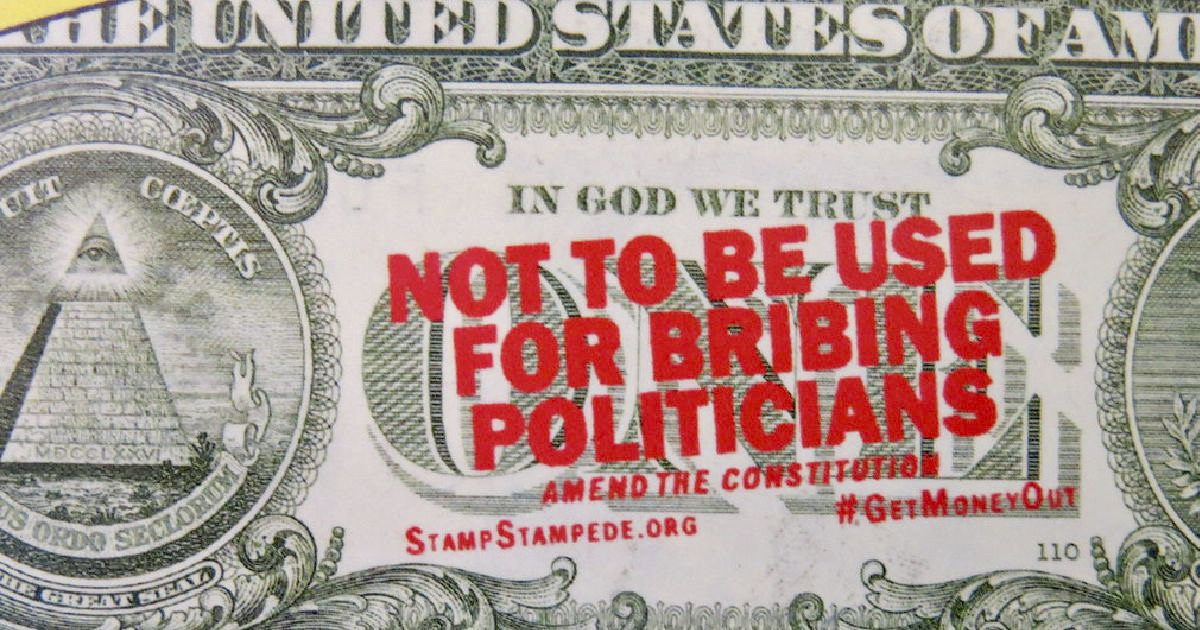 Very few issues are used to make as much undue political hay as our system of campaign finance.

Our system is constantly demonized as being corrupt and immoral by many on the political left, despite being one of the most liberal and just in the world. It is a pluralistic system that leaves room for competing interests to compete for the ever-growing pie of government policy and resources.

The First Amendment clearly lays out that it is a fundamental right of American people to redress grievances with their government. This is not my opinion, but rather legal fact, litigated and upheld by the Supreme Court on a multitude of occasions.

In our modern republic, contributing to interest groups or PACs (Political Action Committees) is just another facet of that fundamental right as guaranteed by the First Amendment.

One of the most recent rulings affirming this right came in 2010 with Citizens United v. FEC, when the Supreme Court correctly decided that free speech rights were necessary in order to have free and fair elections. The case also extended that right to corporations and Super PACs, which makes sense given that both such groups are made up of and represent the interests of American citizens.

That same case also held that one’s ability to donate to political causes is legally indistinguishable from the right to free speech. This logic is made abundantly clear when given the example of the news media. Positive news coverage in an election cycle, particularly when a television network or a newspaper endorses a candidate, is essentially an in-kind contribution. It therefore follows that regulating how much money people donate would open up the possibility of the government regulating the free press, which is strictly prohibited in the First Amendment.

Many criticize this liberal policy that encourages more freedom as being detrimental to democracy, as it gives the appearance of bribery.

Legally speaking, bribery requires a quid pro quo or a clear relationship where two sides intentionally collude to exchange governmental favors for cash or any other material benefit.

Whenever there are cases of bribery, most people of good faith agree that the guilty parties should be prosecuted. But lobbying (a practice as old as institutional power itself) is not bribery according to the traditional legal definition.

Furthermore, there are no good alternatives to our current practice. Given that lobbying is protected under the First Amendment, any attempts to limit it should be held unconstitutional on the basis of precedent.

Most who oppose our current system generally get the process of lobbying exactly backward. They frame it as legalized bribery – that politicians lack principle and will only follow the positions dictated to them by donors to get re-elected.

Politicians’ principles do not follow lobbyists’ money. The relationship is exactly the opposite — lobbyists approach politicians that already hold principle and policy prescriptions that align with either the interests of their patrons, like a woman seeking an abortion from Planned Parenthood, or the public, like the NRA protecting the right of the citizenry to keep and bear arms.

Some have proposed publicly-funded elections; a system in which taxpayers subsidize the campaigns. These proposals have proven to be highly ineffective, and I cannot think of a worse system than having elected officials themselves dole out the money that will be used in their own elections. These sorts of ideas are the exact systems that run the risk of the tyranny that our founders so feared.

The founding fathers envisioned a system of pluralism as outlined in the Federalist Papers. In Federalist Paper #10, Madison clearly outlines that in a free society, various factions are bound to have conflicting interests, and we ought to construct a system where they are all free to pursue their ends. Their pursuance of said ends would be restricted by the checks and balances put on the scope and power of the federal government.

If anything, limits on campaign contributions should be lifted, as there is no conceivable reason why there should be a limit on how much an American should be allowed to influence the leaders who make the laws that they themselves will have to live by. When given an option of restricting freedom or expanding it, Americans ought to always choose to expand it.

If people want lobbying powers to have less interference in their lives, we ought to reduce the size and scope of the federal government as to prevent it from continuing to be a bloated bag of subsidy cash and favors.

Deregulation, freedom and smaller, more localized government will cut the amount of power corporations hold in our lives. Restricting personal freedom will not.

Opinion: Media Personalities Are Lobbyists and Should Register