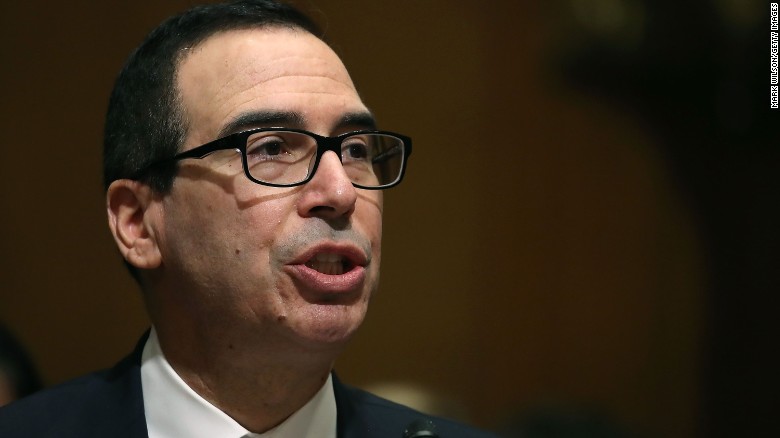 Washington, D.C. — Secretary of the Treasury Steve Mnuchin promises that the administration is now ready to tackle tax and regulatory reform, even if health care reform falls flat in Congress.

President Donald Trump’s message has been that tax reform and his other pro-growth policies are impossible until Republicans are able to “repeal and replace” Obamacare. Essentially, American taxpayers can expect no relief until some version of health care reform reaches Trump’s desk.

Speaking with Axios’ Mike Allen at “News Shapers With Secretary Mnuchin,” the secretary said he is “optimistic health care will pass,” but promised that, regardless of the outcome of Friday’s vote, tax reform is on the horizon.

Before the shaky roll-out of the American Health Care Act, Mnuchin assured taxpayers in February that tax reform would come by August. After a rather contentious week on Capitol Hill debating the health care bill, the secretary is sticking to his original statements (somewhat).

“I’d like to think” tax reform will still come before Congress in August, Mnuchin said. “This is optimistic, this is a big challenge. We are going to try to get it done.”

Many have conjectured why the administration chose to make health care reform the first item on the legislative agenda, because tax reform has widespread bipartisan support and Democrats are united against repealing Obamacare.

“Why did we do health care first? We have been working on tax reform for 2 months. We would not have been ready to go a month ago on tax reform, but now we are,” Mnuchin said.

Whatever obstacles health care presents in the coming weeks, the Treasury secretary says that tax reform will “absolutely” be on the table by the Fall. “We are going to tax reform simultaneously and comprehensive. That is the president’s object,” Mnuchin said.