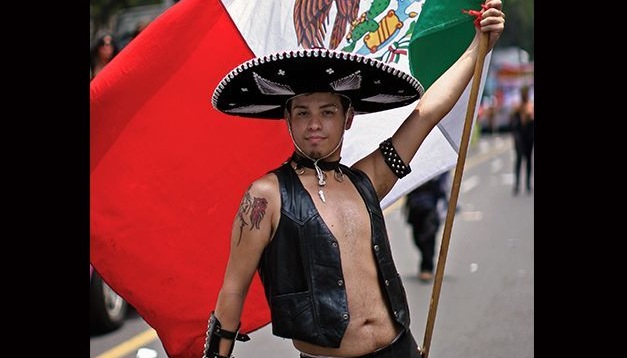 Mexico City was filled with tens of thousands of protesters voicing their opposition to their leader’s announcement in May that he would try and pass a federal law allowing same-sex marriage. At the moment, same-sex marriage is a question that Mexican states are left to decide as they see fit.

Protests swelled to over 215,000, according to Organizers of the National Front for the Family. “What we are against is the government imposition … of trying to impose gender ideology in education. As religious leaders, we don’t want to be forced to marry same-sex couples and call it marriage,” Evangelical pastor Abraham Ledesma told The Associated Press while he was protesting.

Pope Francis prayed for Mexico Sunday and stated his support for those protesting against Pena Nieto’s push to legalize same-sex marriage at the federal level. Mexico is a majority-Catholic country with around 80 percent of Mexicans identifying with the faith.

At the same time as those opposed to same-sex marriage were protesting, there was also a smaller protest organized by those in favor of the government’s proposed change to the definition of marriage at the federal level. “Just because they are the majority, doesn’t mean they can take rights away from minorities. That would lead us to a dark period, to fundamentalism,” said Felipe Quiroz, who protested in favor of same-sex marriage.