Manafort was employed to the tune of 10 million dollars a year by Oleg Deripaska, a Russian oligarch allied with Russian President Vladimir Putin at the time. Manafort proposed a variety of pro-Putin policies to Deripaska which would “greatly benefit the Putin Government,” according to strategy memos obtained by the AP. Deripaska was described as one of the most “faithful” businessmen in Russia to Putin as late as 2009.

The memos continue that Manafort already had access to the “highest levels” of the Bush administration and could leverage these connections to push pro-Russian oligarch policies. He proposed mounting a lobbying campaign which would push pro-Russian policies within the U.S. government, which might allow oligarchs to retain former Soviet Union state assets in Ukraine.

He denied working in the interests of the Russian government, telling Fox News, “I worked with Oleg Deripaska almost a decade ago representing him on business and personal matters in countries where he had investments. My work with Mr. Deripaska did not involve representing Russian political interests.” 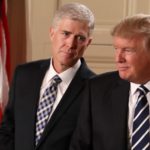