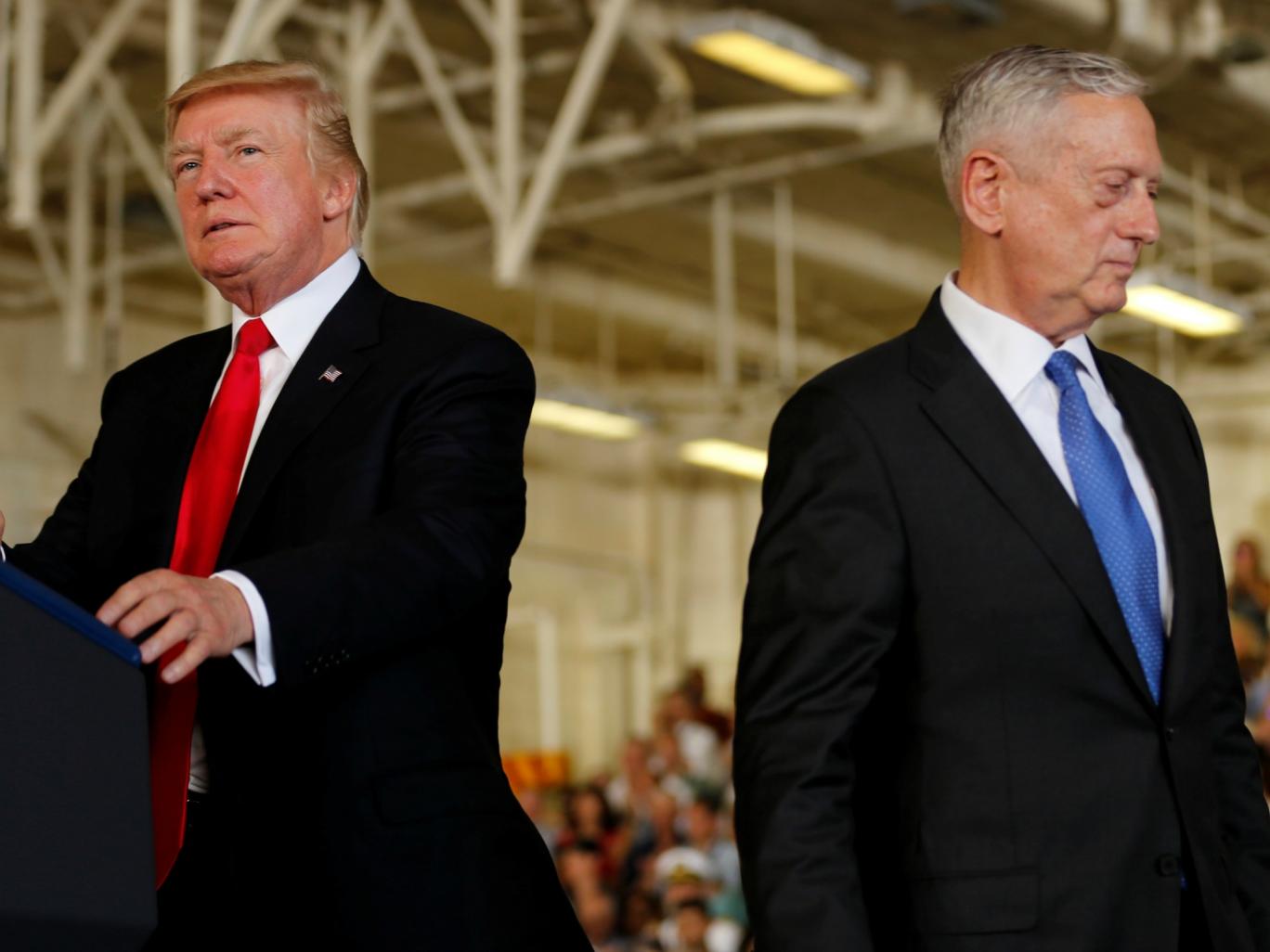 Secretary of Defense James Mattis will establish an expert panel to develop recommendations on how to implement President Donald Trump’s ban on transgender personnel in the U.S. military, he said in a Tuesday statement.

Mattis’s statement follows Trump’s official order to the U.S. military Friday barring any new transgender personnel from entering the military, barring any spending on transgender surgeries for active duty troops, and allowing the defense secretary to decide if existing service members can remain in the force.

The order followed July 26 declarations on twitter from the president:
“It’s been a very difficult situation, and I think I’m doing a lot of people a favor by coming out and just saying it,” Trump clarified on Aug. 10.

“As directed, we will develop a study and implementation plan, which will contain the steps that will promote military readiness, lethality, and unit cohesion, with due regard for budgetary constraints and consistent with applicable law,” Mattis declared. “I will establish a panel of experts serving within the Departments of Defense and Homeland Security to provide advice and recommendations on the implementation of the president’s direction.”

Mattis clarified that “in the interim, current policy with respect to currently serving members will remain in place.”

“I expect to issue interim guidance to the force concerning the president’s direction, including any necessary interim adjustments to procedures, to ensure the continued combat readiness of the force until our final policy on this subject is issued,” he added.

No official estimate for the number of openly transgender service members in the U.S. military is publicly available, but a June 2016 study by the RAND corporation put the number at 7,000. Prior to Trump’s announcement, reports indicated that service branches were having difficulty crafting integration policies for future transgender service members. The service’s objections appeared to stem from logistical rather than ideological concerns. The logistical concerns include a lack of funding for upgraded group showers and changes to service members’ living quarters.

He’s back! Gary Johnson says we have a lot of work to do. [VIDEO]

The High Cost of the War in Afghanistan