Rep. Thomas Massie (R-KY), a critic of the House leadership’s Obamacare replacement bill,  said Tuesday that President Trump is getting bad information about how the bill he supports would affect healthcare.

“I support our President but in my judgement he’s receiving bad advice on the negative consequences of this legislation with respect to the cost of health care. Furthermore, he’s been mislead about the political implications of this bill and even the likelihood of its passage Thursday,” Massie took to Facebook to say.

Massie, who in a separate post explained that he is still a “no vote” on the American Health Care Act, highlights what is still a stark contrast between the House GOP leadership and more the more principled conservatives of the party.

“We need legislation that legalizes affordable insurance, and doesn’t create a new entitlement program that will drive up the national debt. ObamaCare-lite fails on both these points,” Massie’s post read.

Despite the comments from Massie and others opposed to the bill, House Speaker Paul Ryan (R-WI) explained that he still believes the bill will pass the House arguing that “…we have a lot of Freedom Caucus members who are supporting this bill. We’ve been working with all of our members on many of their concerns, and I would simply say that a lot of our members concerns have been incorporated in this process.”

Ryan’s comments of defiance to contention did draw a response, as Haley Byrd from the Independent Journal Review (IRJ) tweeted out, “Meadows & Amash have both told me w/ full confidence that the GOP Obamacare replacement bill won’t have enough votes despite Ryan’s changes.”

The ire between the two sides seemed to go further Tuesday, as a story regarding the White House appearing to challenge those a opposed to the bill to vote against it, in return for a negative consequence from within those members own party. 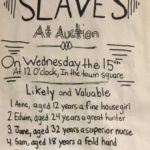