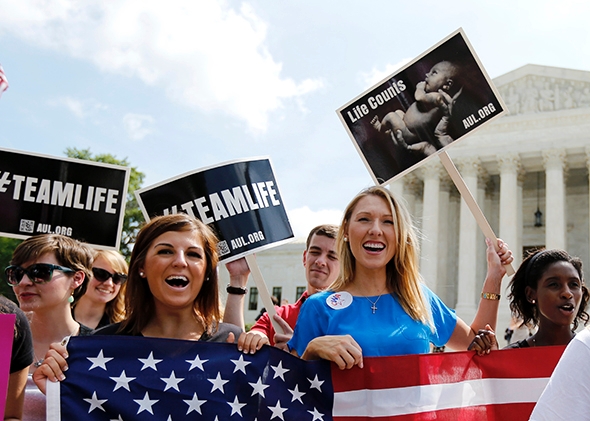 The Hyde Amendment, which doesn’t allow tax dollars in some states to pay for abortions, doesn’t apply in Massachusetts, causing taxpayers to fund abortions and fueling cause for the petition.

Initially filed with the attorney general’s office June 29, the petition requires the signatures of at least 10 registered voters by Aug. 2 in order for a constitutional amendment to be considered on the 2020 ballot, according to Wicked Local. After meeting the initial threshold of signatures, the bill’s sponsors are now looking to capture as much attention as possible before August.

Proponents of the bill hope that, if the law is reversed, the state’s representatives will be able to affect whether the state would or would not fund abortions, according to the Boston Globe. They say that the bill will at least begin a discussion about a law — which defines abortion as “the knowing destruction of the life of an unborn child” — that hasn’t been debated since its genesis in 1981.

“You can’t really discuss it with your legislators because they have their hands tied,” said Thomas Harvey, an attorney and chairman of the Alliance to Stop Taxpayer Funded Abortions ballot campaign. “It’s got to be made, in my view, a political issue and right now, it’s not.”

“Why are we spending our tax dollars on that?” said state Rep. James Lyons Jr., one of the bill’s sponsors. “We’re trying to do is just bring an awareness to what’s going on in Massachusetts,” he added, pointing out that most people in Massachusetts don’t realize tax dollars pay for abortions.

Others are opposed to the bill and allege that the Hyde Amendment — which blocks federal dollars from paying for abortions except in cases of rape, incest or saving the mother’s life — is already discriminatory enough by making it harder for poor women to get abortions.

“Every woman — regardless of her ZIP code — should have the ability to make decisions about her health and abortion without barriers,” Tricia Wajda, director of communications for the Planned Parenthood League of Massachusetts, said in an email. “Prohibiting state funding for abortion for Medicaid-eligible women renders the right to an abortion illusory.”

The bill argues that “nothing in this Constitution requires the public funding of abortion,” and therefore seeks to introduce new legislation that will ensure it doesn’t do so.

Your ‘Human Dignity’ Means Doctors Should Be Able To Kill You, UK Lawsuit Claims