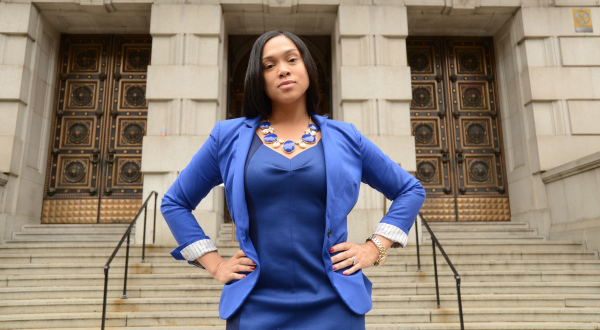 Baltimore State’s Attorney Marilyn Mosby took credit for some of the reforms in the city’s police department in a Saturday speech.

Mosby, speaking at an event hosted by the Rainbow PUSH Coalition, linked the charges she brought against officers in the 2015 Freddie Gray case to changes being made in the Baltimore Police Department, reports the Baltimore Sun.

“Had I not been in that position as state’s attorney, had I not had a seat at the table to make the unprecedented decisions that I was forced to make, had there been no accountability, there’d be no exposure, there’d be no reform, and the systemic discriminatory police practices in one of the largest police departments would’ve persisted,” Mosby told the Chicago audience.

Mosby rose to national attention when she charged six officers for the death of Gray while in police custody. Mosby was criticized for the overzealous charges she brought against the officers, among other mistakes. The case slowly fell apart, as three officers were eventually cleared and she dropped the charges against the remaining three later on. (RELATED:Five Mistakes Cost Marilyn Mosby The Freddie Gray Case)

Regardless, Mosby claimed her charges helped bring about more body cameras on police officers, changes in force training and how officers should put prisoners in vehicles.

A spokesman for the police department disagreed with Mosby’s statement, saying that one event did not lead to changes in the department.