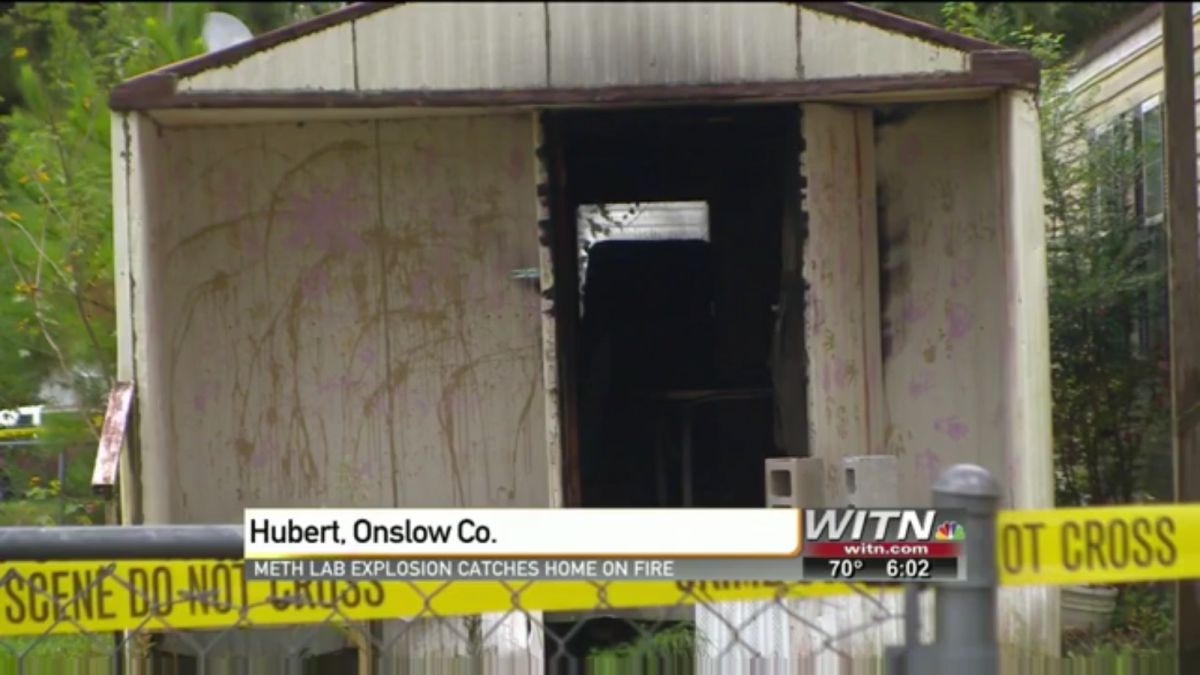 In a tale of instant karma, a meth cook who broke into a North Carolina woman’s shed promptly blew himself when he tried cook up a fresh batch.

HUBERT, N.C. — Authorities said a North Carolina man broke into a shed, started cooking meth and blew himself up.

WITN reported that it happened after the suspect broke into a shed behind a mobile home in Onslow County on Tuesday night.

William Allen Jr., 30, of Hubert, was allegedly trying to cook meth and blew himself up in the process.

The suspect was airlifted to the Chapel Hill burn center after deputies responded to the scene in reference to a breaking and entering and fire report, according to WITN.

The owner of the property said the suspect broke into the shed because it was vacant. Charges are pending against the suspect.