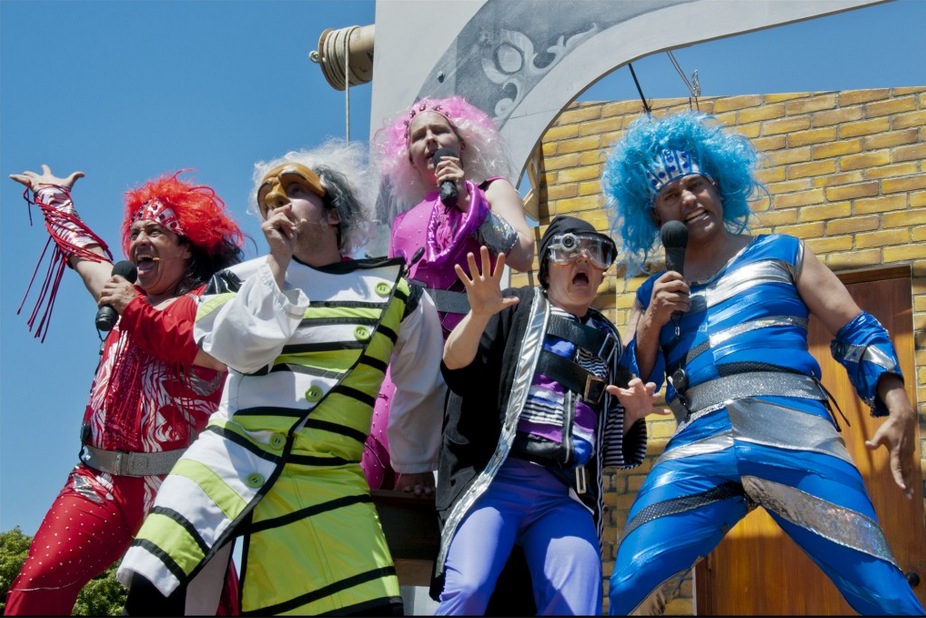 The troupe is  just one of the many examples cited in Rep. Steve Russell’s second issue of Waste Watch, which the freshman Republican from Oklahoma hopes continues the legacy of former Sen. Tom Coburn’s famous Wastebook. Russell’s first issue debuted in April, and he said he’s already making some progress on getting rid of the examples included in that list.

In his current issue, Russell lists what he views as the 10 worst ways employees of the federal government have abused taxpayer dollars lately.

“Most policymakers know we need to fix entitlements, reform the tax code, and improve the economy. Those are the big-picture issues,” Russell said. “But we cannot neglect the billions in wasteful, inefficient, and just plain unnecessary spending through the federal government.”

Here are five of the 10 worst things Russell’s office found.

Those tax dollars made it possible for people to watch mime productions about oppressed workers “occupying” a factory, and to view propaganda on behalf of the view that the war on drugs is really a war on non-white people. The mime troupe described its work as “political satire.” Russell simply described the troupe’s performances as “bizarre quasi-Communist” messages.

From 2011 to 2014, the U.S. government purchased 63 helicopters for $1.1 billion, and spent another $772 million-plus refurbishing them for the Afghan government. That, according to the nonprofit organization Human Rights First, was probably way overpriced. Making matters worse, one of the U.S. officials responsible for the deals pleaded guilty to making false statements and criminal conflict of interest related to several of the helicopter deals.

“Work hard, play hard” must have been the motto of Department of Defense employees who spent more than $1 million at casinos and strip clubs from July of 2013 through June of 2014. One Army Reserve sergeant used his government travel card 83 times at the Pechanga Resort and Casino in Temecula, California, for a total bill of $16,514.

It may not make sense to the average person, but the government agency behind those lavish Las Vegas conferences for bureaucrats has now dubbed random platforms with just two walls, art. Officials at the General Services Administration call them “platform pavilions.” They cost taxpayers $649,000.

Forget Batman or Superman, or some other private citizen fighting evil and saving the day. The Department of Education created a video game for high school students in which environmental regulators save the world. Creating the game cost nearly $150,000.

The NYT Thought They Nailed Ted Cruz, Until Amazon Just Got His Back…