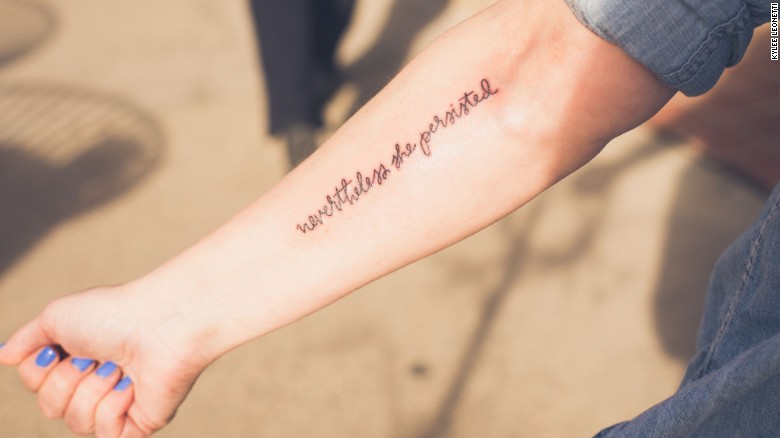 Massachusetts Sen. Elizabeth Warren bragged recently to Time.com about the new ‘Liz Warren tattoo’ trend that has emerged among modern feminists following her February tantrum in front of Congress.

Senate Majority Leader Mitch McConnell shut Warren down Feb. 7 after reading a letter by Coretta King during a debate on the nomination of Sessions as Donald Trump’s attorney general, but persisted nevertheless.

The hashtag #LetLizSpeak was trending on Twitter by that night, according to CNN. Warren has since used Twitter to attack Sessions and McConnell.

Warren told TIME that these women made ‘Nevertheless, She Persisted’ their “connection to America’s future,” in an article published Monday. Ever since McConnell interrupted Warren on the Senate floor, women have been thanking Warren for providing them with a “new battle cry” for women’s rights. Her new book, “This Fight is Our Fight” has also garnered a devoted female following.

Warren, widely expected to run for president, recounted to TIME a woman who approached her at an event wearing a “Nevertheless, She Persisted” tattoo and said, “I’m here forever. I’m in this fight.”