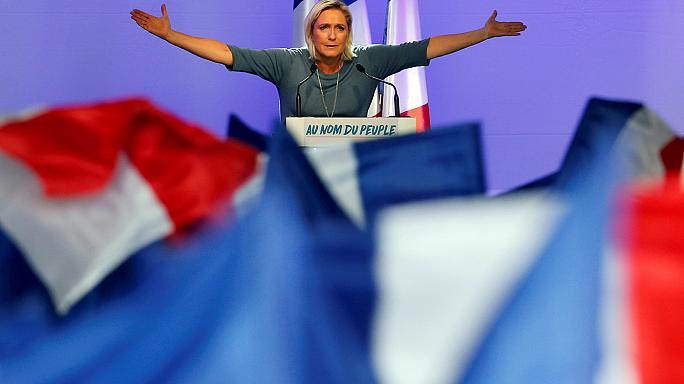 Le Pen is trying to secure a top-two finish in Sunday’s election by sticking to her core issues. If elected, Le Pen pledged to end all immigration and shield the country from “savage globalization.”

“I would decide on a moratorium on all legal immigration to stop this frenzy, this uncontrolled situation that is dragging us down,” Le Pen told a crowd of supporters, according to Reuters. “I will protect you. My first measure as president will be to reinstate France’s borders.”

Le Pen further promised to take France out of the European Union if elected, saying “behind mass immigration, there is terrorism.”

Le Pen finds herself in second place with 22.5 percent’s support, according to an Ifop poll released Monday. Centrist Emmanuel Macron hold a slight lead with 23 percent, while communist-backed Jean-Luc Mélenchon and conservative Francois Fillon remain in the running at 19.5 percent each. The top two candidates will go up against each other in a run-off election May 7.

One in three eligible voters are still undecided, which makes the last week of campaigning crucial for all candidates.

“Fight for victory, until the very last-minute,” Le Pen told her supporters. “If every patriot can this week convince just one abstentionist, just one undecided voter, we are sure to win!”

STUDY: Temperature Data Isn’t Accurate Enough To Find The Cause Of ‘Hiatus’ In Global Warming