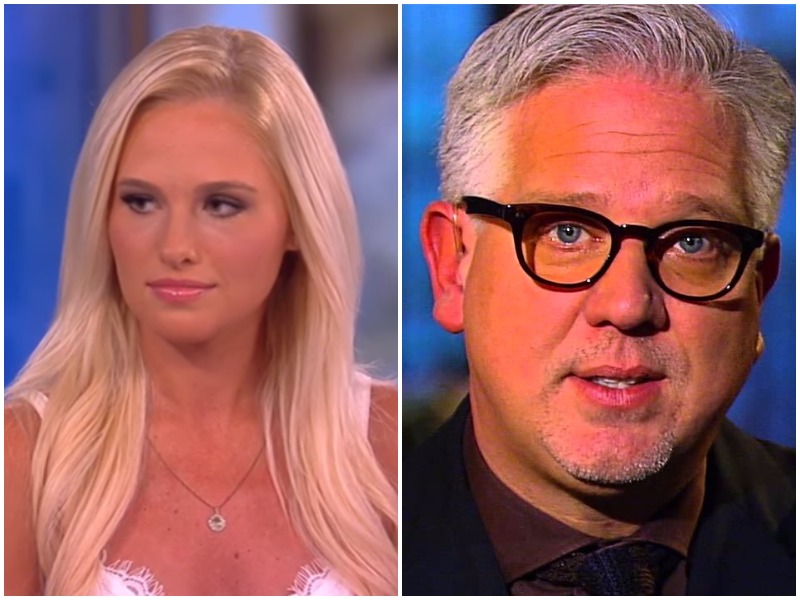 Tomi Lahren, the young incendiary conservative commentator, is suing her former boss, Glenn Beck and his media firm, The Blaze, for wrongful termination over her pro-choice comments, reports Dallas News.

The Blaze has released a statement saying:

“It is puzzling that an employee who remains under contract (and is still being paid) has sued us for being fired, especially when we continue to comply fully with the terms of our agreement with her.”

For news anchor for the Blaze and GBTV, Amy Holmes, who says she is pro-choice, has come to the defense of Beck with a series of tweets explaining that he never played politics with his employees. Holmes also said that she is hurt that Beck is being attacked over “invented issues.”

I can personally attest @glennbeck *never* made politics an issue. He encouraged people (me!) to grow. I know. I was there at the start.

My open pro-choice views were never an issue for @glennbeck who hired me to help launch the network.

When @glennbeck hired me to help launch GBTV, I made it clear, and he accepted, that I am pro-choice. #NoDrama https://t.co/CBeo2FV6EW

And before me, @glennbeck hired S.E. Cupp, an open atheist. GB has never made ideology/theology an employment test. https://t.co/I6iniGrYtm

It actually hurts me that @glennbeck is being attacked over invented issues. He encouraged me to do this: https://t.co/nnjy9ZWAl7

According to Lahren’s lawsuit, filed Friday in Dallas County, The Blaze cancelled Lahren’s show after she made the controversial abortion statements last month on The View. But The Blazewanted to keep paying Lahren, the suit says, “presumably hoping they could find an exit strategy to sanitize their unlawful conduct” in breaking Lahren’s two-year employment contract, which was to continue through Sept. 30.

A spokesman for The Blaze, didn’t immediately respond Friday afternoon to a request for comment, Dallas News mentions.

Lahren’s suit alleges that the controversy surrounding her comments was “a public smear campaign” orchestrated to “inflate Beck’s profile, from what has become a mediocre following, all at [Lahren’s] expense.”

Dallas News reports that the television personality’s suit continued stating that a Blaze producer travel with Lahren to “The View,” and “applauded” Lahren’s appearance which included her now infamous comments.

“I can’t sit here and be a hypocrite and say I’m for limited government but I think the government should decide what women do with their bodies.”

“No one told [Lahren] that her statements on The View were either improper or inappropriate; and, indeed, that  [Lahren’s] point of view is just that — her point of view and freedom of expression,” the suit says, according to Dallas News.

The Blaze‘s human resources director then called Lahren and told her “her employment was terminated, she would have no more shows,” solely because of her pro-choice comments, the suit says, per Dallas News.

The suit, according to Dallas News, alleges that Lahren had expressed her por-choice opinions prior to the show, to which Beck nor anyone else at The Blaze ever “took any issue with it.” Lahren claims that she was “understandably disappointed, saddened and in shock for being suspended for freely expressing her opinions, which certainly reconcile with what is the law of the land in the United States i.e., a woman’s constitutional right to choose and in no way inconsistent with any of [Lahren’s] obligations under the Employment Contract.”

Dallas News says that per the request of her handlers, Lahren was told to “go dark” on social media, adding that Facebook page, where she has 4.2 million followers, is not The Blaze‘s property. They continued, Her co-workers placed yellow caution tape spelling an ‘X’ on Lahren’s dressing room door. The Blaze terminated her work email account and supervisors cut off communication with Lahren, according to the lawsuit.

Brian Lauten, Lahren’s lawyer says that she is looking to be freed of her contract so she may continue with her social media and her employment search, said Dallas News.

“She’s like an eagle that feels like its had its wings clipped,” Lauten said. “She’s ready to pursue her career and reconnect w her millions of followers,” Lauten told Dallas News.

In the end, the suit is asking for the judge to grant Lahren a temporary restraining order, which would protect her right to speak freely as well as block The Blaze from destroying any evidence regarding the incidence. On top of this, she is asking for attorney’s fees, and costs, “as well as all other relief … which she may show herself justly entitled,” according to Dallas News.

“She’s very disappointed and sad that we’re in this  situation,” Lauten said to Dallas News, “but they left her with no choice.” 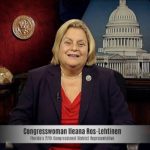 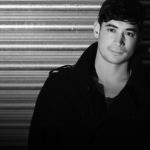