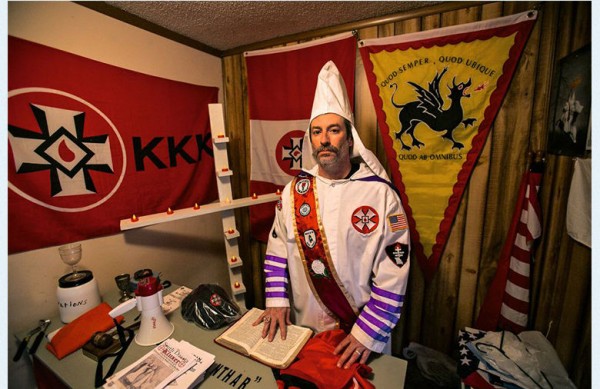 A leading figure in the Ku Klux Klan, Imperial Wizard Frank Ancona, has been found dead in a Missouri river mere days after being reported missing. The Root gives the details:

Ancona’s body was discovered Saturday by a family who had gone to Big River for a fishing trip.

According to the Daily Journal, Malissa Ancona, Frank Ancona’s wife, was the last person to see her husband alive Wednesday. She claimed that Ancona received a call from work informing him that he would have to travel across the state to deliver a part.

The name of Ancona’s place of employment has not been reported, but they did tell police that they did not send him anywhere and he didn’t come in to work.

Malissa Ancona made a Facebook post the day after her husband went missing in which she inquired about a roommate. She told law enforcement that she made the post because she and Ancona had discussed divorce and he took a bag of clothes with him when he left, so she assumed she would need a roommate.

According to law enforcement officials, a safe in Ancona’s home had been forced open with a crowbar and emptied, and all of his firearms were gone. They do not suspect burglary.

Ancona, who is known for claiming that the Ku Klux Klan is a Christian organization, not a racist one—as if the two are always mutually exclusive—waged war on protestors in Ferguson, Mo., after Darren Wilson executed Michael Brown, Jr. on Canfield Drive in 2014.

Ancona called peaceful protestors “terrorists” and began posting recruitment flyers. The virulent racist said that protestors had awakened a “sleeping giant” and the KKK would use lethal force to defend themselves, their families and police officers.

In a November 12, 2014, segment of MSNBC’s All In With Chris Hayes, Ancona said that the call for white supremacist violence was supported by many people throughout St. Louis County.

Not exactly sad news, but still a sign that murder vs. self-defense might become more common in the battle of ideologies. Let us hope such a trend does not in fact stir. 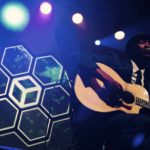