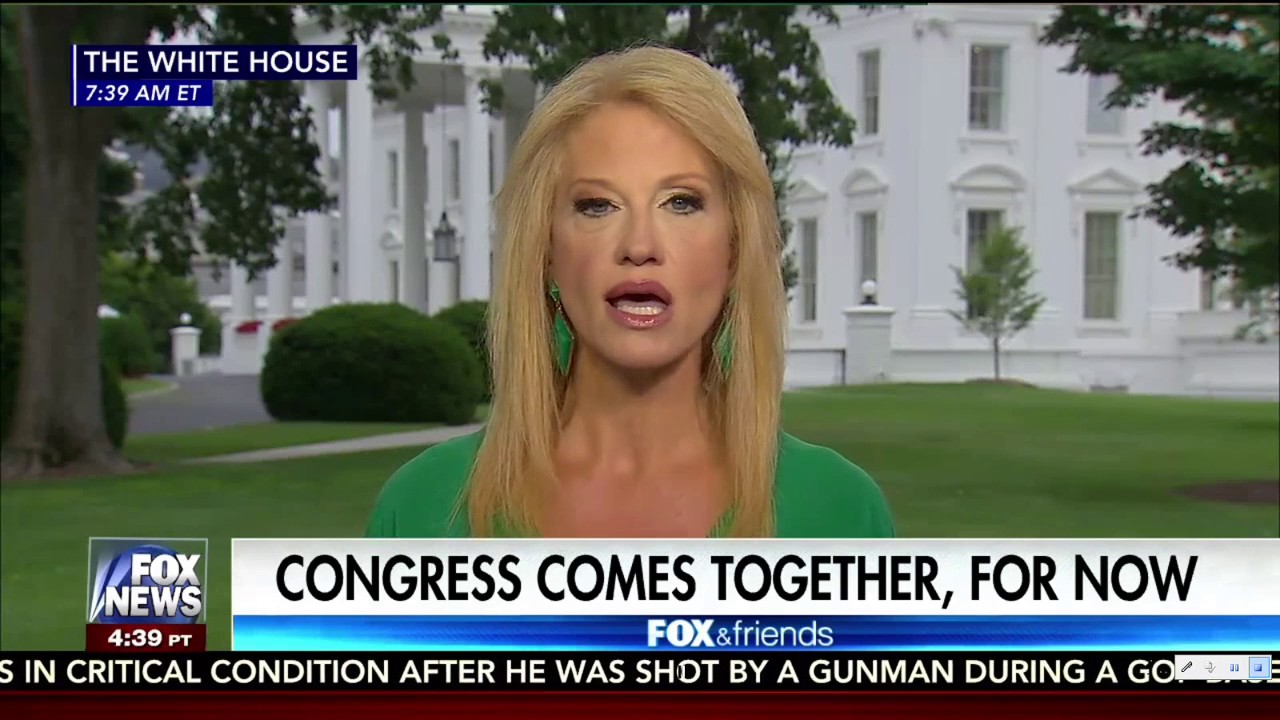 Kellyanne Conway appeared on “Fox and Friends” to discuss the tragic Friday shooting involving Rep. Steve Scalise and said that, “If I were shot and killed tomorrow, half of Twitter would explode In Applause.”

“I think the unity lasted a hot minute for some leaders,” said Coway. “I really would ask people to think about the hateful rhetoric. This man, the shooter the other day, didn’t hate baseball. He hated Republicans.”

Conway brought President Donald Trump into the discussion saying that the media is obsessive over his social media and Twitter postings, when they should be looking inward at their own divisive language.

Conway said that the no one else was responsible for the shooting except the shooter, but added that fierce rhetoric can have unintended effects of escalation.

“You can oppose policy but it’s done with such hateful charged rhetoric, that active resistance becomes armed resistance, in the case of this lone gunman,” she said.

Conway believes people can disagree on policy but that personal attacks and vitriol will only lead to violence and disaster.

“This is the world we live in now and it’s terrible because it’s one thing to say I disagree with you on healthcare repeal or on taxes or on you plans for national security but you can’t attack people personally in a way and think that tragedies like this won’t happen.”