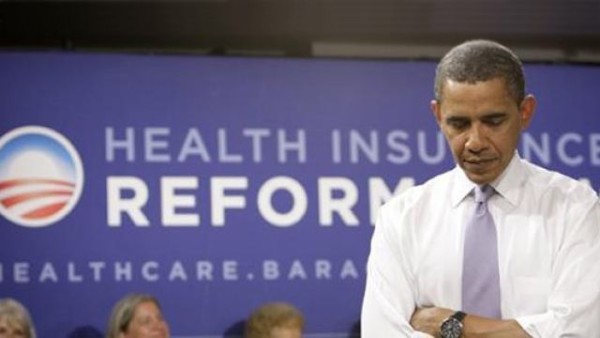 The Department of Justice sided with a district court ruling Monday that found the Affordable Care Act violated the Constitution.

U.S. District Court Judge Reed O’Connor issued the ruling in December 2018, finding that the Obamacare individual mandate had been rendered unconstitutional due to the partial repeal Republicans passed in 2017. The ruling has been appealed to higher courts, but the DOJ endorsement could cause the ACA to be treated as unconstitutional while the case moves through federal appeals process.

“The Department of Justice has determined that the district court’s judgement should be affirmed,” the department announced in a Monday letter.

“Individual Mandate can no longer be fairly read as an exercise of Congress’s Tax Power and is still impermissible under the Interstate Commerce Clause — meaning the Individual Mandate is unconstitutional,” wrote Judge O’Connor in his opinion.

CNN reported at the time:

The case against the ACA, also known as Obamacare, was brought by 20 Republican state attorneys general and governors, as well as two individuals. It revolves around Congress effectively eliminating the individual mandate penalty by reducing it to $0 as part of the 2017 tax cut bill.

The Republican coalition is arguing that the change rendered the mandate itself unconstitutional. They say that the voiding of the penalty, which takes effect next year, removes the legal underpinning the Supreme Court relied upon when it upheld the law in 2012 under Congress’ tax power. The mandate requires nearly all Americans to get health insurance or pay a penalty.

“Wow, but not surprisingly, ObamaCare was just ruled UNCONSTITUTIONAL by a highly respected judge in Texas. Great news for America!” President Trump wrote.