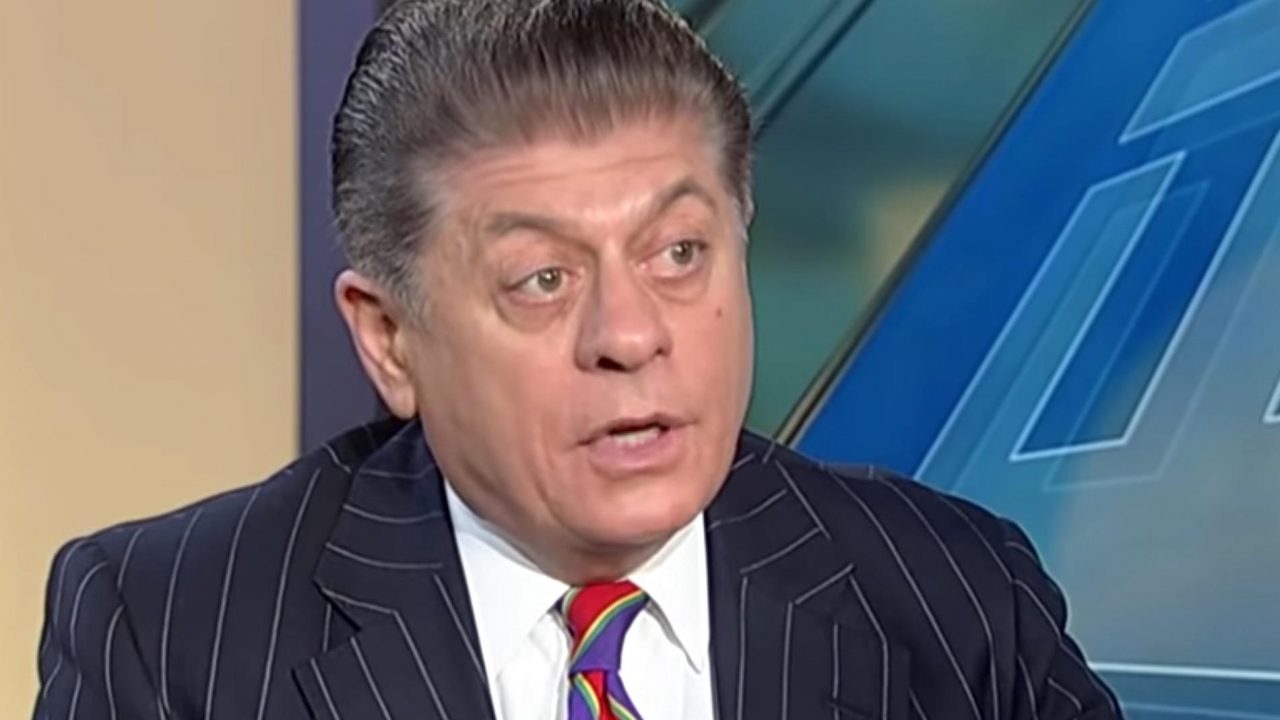 “For 18 months, Trump has sought to develop a personal relationship with Putin unlike any relationship that any modern American president has had with him or his predecessors,” Napolitano wrote in a Fox News op-ed Thursday.
Napolitano said Putin is a “monster” who invaded Ukraine and bombed Syrian rebels, but Trump “wisely” pointed out that none of those actions directly damaged the United States.

“None of this is morally sound, and all of it is profoundly unlawful, but none of it has harmed us,” he wrote.

Napolitano maintains Trump was simply trying to negotiate with Putin.

Napolitano also said America wants Russia to stop attempting to breach U.S. cyber security and scale back its influence in the Middle East — and thinks Trump is the only leader who can get Putin to acquiesce.

“I believe that if anyone can do it, Donald Trump can,” he wrote. “[Trump’s] public praise of Putin and giving moral equivalence to Putin and our intelligence services were not to state truths but to influence Putin’s thinking in order to bend Putin’s will — eventually — to his own.”

Napolitano blamed the “neocons in Congress” for taking a hard line against Trump and accused war hawks of smearing him to protect their taxpayer funding.

“They depend on the threats of foreign governments to animate taxpayer funding of their armaments,” Napolitano wrote. “They know that Russia is the only threat in Europe, and they fear that if President Trump reaches a meaningful rapprochement with President Putin, there will result a diminished American appetite for their weaponry.”

“We have impatient media that hate the president, a bipartisan majority in Congress beholden to the military-industrial complex, and a president who knows more about negotiating with bad guys than any of them,” Napolitano concluded. “And unlike the warmongers, the president is willing to talk to anyone if there is a chance it could result in peace.”

Another California City is Trying a Universal Basic Income: Will it Work?