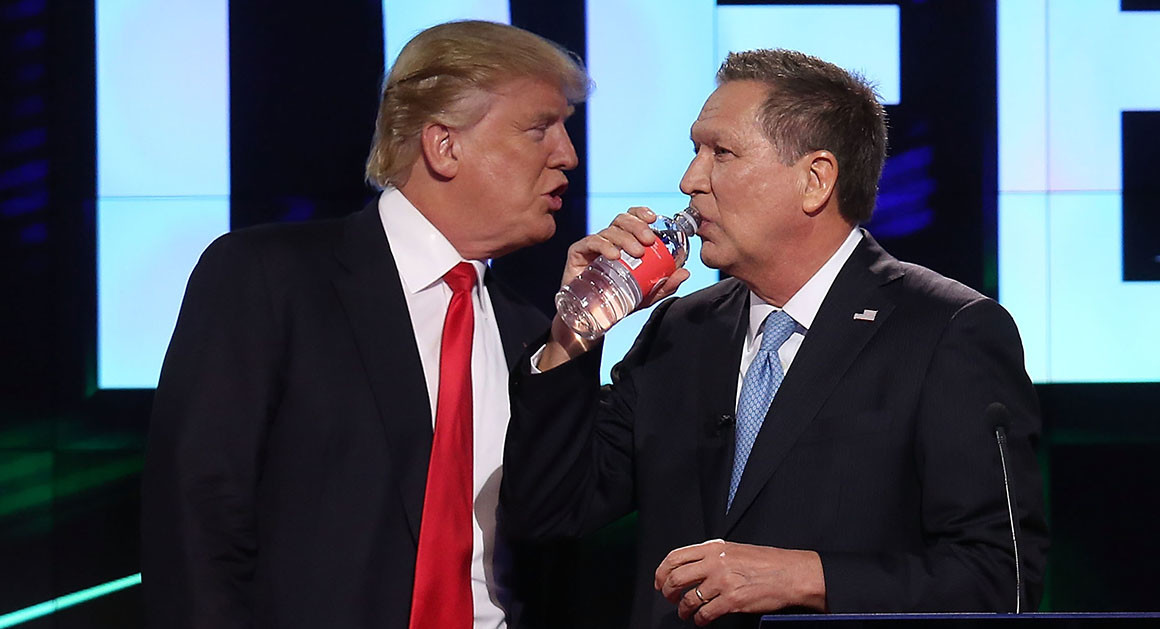 Host Brian Williams asked if Trump’s behavior bears some responsibility not for explosive devices being sent to prominent political figures, but at least for the divisive tone along party lines.

“Sure, he does. And it’s part of the reason why I never endorsed him and I’ve never been personally critical of him, but yeah, he does bear responsibility for the divisions,” he said.

“He has the biggest megaphones. But I think, Brian, you and I have been observers and participants in this business for a long time. When we see Hillary Clinton say, and I said this not long ago in the media, that when she said, ‘When they go low, we need to go low,’ or Eric Holder, ‘When you go low, we need to go low,’ everybody needs to knock it off,” he continued.

Kasich returned to blaming Trump and said he must exercise great caution when he speaks out in public.

“Obviously the guy with the biggest megaphone is the one that really has to be careful. I’m told that at his rally tonight he offered some conciliatory words. I’m pleased to see that. I think it’s important,” Kasich said.

“We don’t need to savage ourselves. We’re not in a zero-sum game where I win and you lose and I then have to devastate you because you’re my opponent or call you a bad person. We can have a great lively political discussion, political debate — and we don’t have to separate and polarize in anger. It leads to crazy things.”