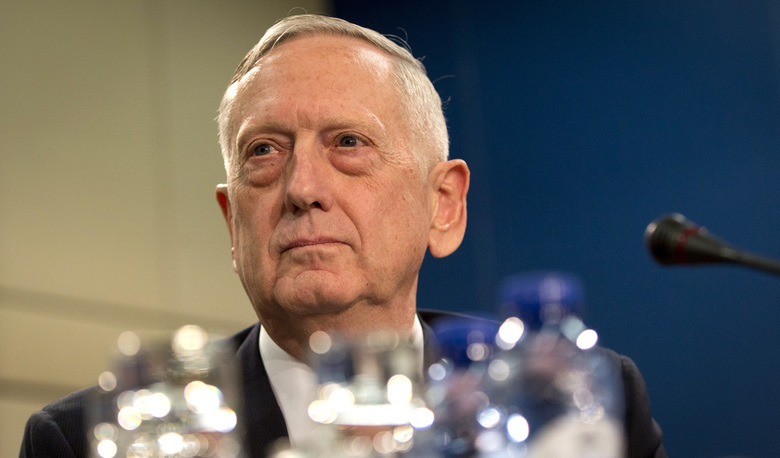 Secretary of Defense James Mattis issued words of resolve Monday in his first reaction to Saturday’s terrorist attack in London.

“We are united, as I said, in our resolve, even against an enemy that thinks by hurting us they can scare us,” Mattis declared. “Well, we don’t scare.”

The comments come after three terrorists mowed down civilians on London bridge and then got out to stab as many people as possible. Seven civilians were killed and dozens more were wounded.

Mattis made the comments during a joint appearance with U.S. Secretary of State Rex Tillerson in Australia for a meeting of U.S.-Asian allies. President Donald Trump issued a number of animated statements in the wake of the London attack saying:

Whatever the United States can do to help out in London and the U. K., we will be there – WE ARE WITH YOU. GOD BLESS!

Trump also cast fault on London Mayor Sadiq Khan for telling constituents not to be alarmed and sought to justify his proposed travel restrictions from terror rife countries.

At least 7 dead and 48 wounded in terror attack and Mayor of London says there is "no reason to be alarmed!"

Pathetic excuse by London Mayor Sadiq Khan who had to think fast on his "no reason to be alarmed" statement. MSM is working hard to sell it!

People, the lawyers and the courts can call it whatever they want, but I am calling it what we need and what it is, a TRAVEL BAN!

The Justice Dept. should have stayed with the original Travel Ban, not the watered down, politically correct version they submitted to S.C.

The Justice Dept. should ask for an expedited hearing of the watered down Travel Ban before the Supreme Court – & seek much tougher version!

London Attacker Featured In Documentary About Britain’s ‘Jihadis Next Door’

Democrat Leaves CNN Standing At The Altar: Pulls Out Of Debate