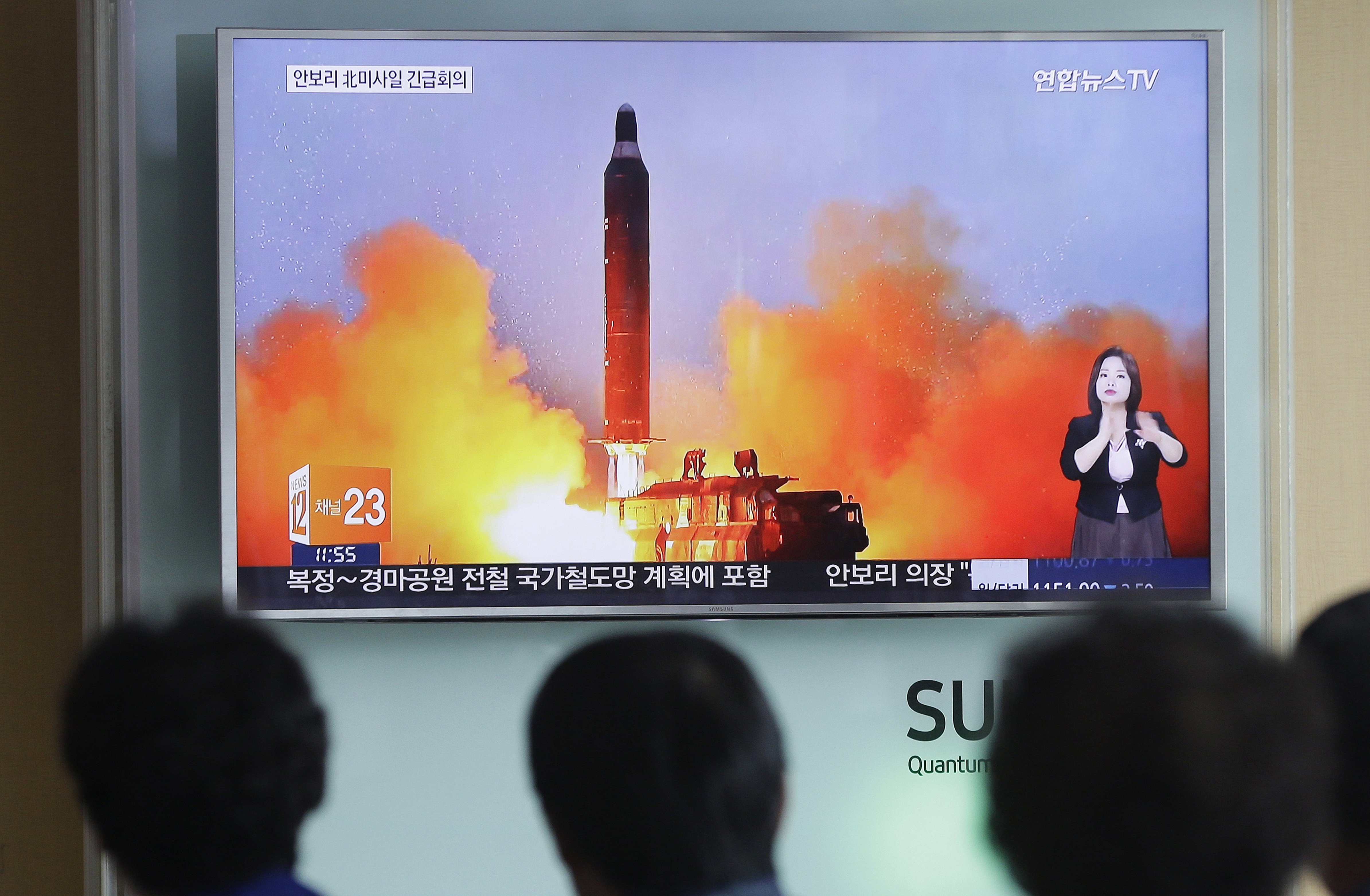 The Japanese government released a guide this week detailing how citizens should respond if North Korea drops a nuke on the country.

The citizen’s guide details how to respond in case of a ballistic missile strike, reports The Washington Post. “Japan is facing urgent new threats to peace and security and diverse situations, including the proliferation of weapons of mass destruction and ballistic missiles,” the document explains.

The North Korean military has had the ability to strike targets in Japan for years, although the country has not yet built missiles capable of striking the U.S.

The guide warns that specific targets and warhead types (i.e. conventional, nuclear, biological, chemical) are difficult to determine and there will be very little time to respond. The Japanese government suggests finding a “robust building” or heading underground, advice that is not super helpful given the fact that the people at the target site may only have a few minutes to respond.

Japan’s warning system for a potential strike is known as J-alert. Warnings of an imminent attack are broadcast via television, radio, and text message. Tokyo says that people will have about 10 minutes to react, but they may not even have that long in the event of an actual attack.

“A missile may not be detected as soon as it leaves the launch pad,” Osaka Mayor Hirofumi Yoshimura told reporters in Tokyo, according to the Japan Times. “Depending on the case, the warnings and alarms might only sound four or five minutes before a missile arrives.”

North Korea demonstrated its ability to strike Japan in early March, when it fired four extended-range scuds into the Sea of Japan. Pyongyang announced afterwards that the Korean People’s Army was rehearsing for a missile attack on U.S. bases in Japan. Post-war animosity, as well as the alliance with the U.S., make Japan a prime target.

The people of Japan are clearly concerned about the growing threat posed by North Korea’s pursuit of ballistic missiles with greater ranges and nuclear bombs with higher explosive yields.

The nuclear bomb shelter business is booming in Japan. One bomb shelter company, which normally receives only six orders a year, has received eight orders this month. People are also purchasing air purifiers designed to combat radiation and poisonous gas. The increased demand for nuclear fallout shelters and air purifiers is likely a response to North Korea’s regular missile launches, reports that the regime may conduct a sixth nuclear test in the near future, and Prime Minister Shinzo Abe’s claim that North Korea has the ability to launch missiles loaded with Sarin gas.

Furthermore, the Cabinet Secretariat Civil Protection Portal Site on what to do in the event of a North Korean missile attack has received 2.6 million visitors this month. Last month, the site received 450,000 visitors, the Japan Times revealed.