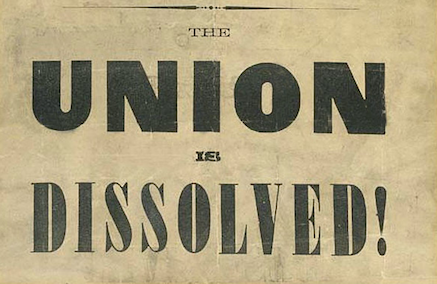 Almost one million American citizens have petitioned the White House in recent weeks to secede from the Union. That is more than the amount of people who died in the War Between The States. Anti-government sentiment in the United States is at an all time high and job performance opinions of congress are very low. The nation seems gripped with Civil War fever in light of the secession issue and the success of the recent historical motion picture biopic Lincoln. A great many from the social democratic underclass responded quickly with demands that petitioners be stripped of their citizenship. Documentarian Ken Burns was quick to point out that secessionists and those who opposed the elevation of Amb. Susan Rice to Secretary of State were probably racist.

But is secession racist?

Of course the concept of secession in and of itself is not racist by definition. Secession is merely a political separation of a region away from a governing authority. The United States seceded from England over issues of taxation, economics and civil liberty. Catalonia is attempting to separate from Spain for similar reasons. As Spain suffers from the Euro Crisis, Catalonia is attempting to get more say in how its finances are used. Seeing as how they make up 20% of the Spanish economy it’s no wonder that they are attempting to separate from the rest of the nation that benefits greatly from that productive region. Congressman Ron Paul, a libertarian Republican from Texas stated on secession that, “Secession is a deeply American principle,” he added: “There is nothing treasonous or unpatriotic about wanting a federal government that is more responsive to the people it represents.” Indeed secession may be deeply patriotic if done for the purpose of liberty and independence. It is widely known amongst historians that it was Northern abolitionists who were the first to advocate for secession in the United States from the South. Antebellum abolitionist William Lloyd Garrison famously quipped that the Constitution was “a covenant with death and an agreement with Hell,” because he believed it permitted slavery.

Social Democrats who revere the Dalai Lama and are for a “Free Tibet” are in essence advocating for secession from China so it is very curious that they would have such a knee-jerk reaction to the petitions. Or I would think that it was curious if I was not aware that House Democrats are deliberately coached to declare any opposition to a government program or institution as racist.  Despite social democrat ad-hominems it is certain that from Catalonia to Tibet there are plenty of clear cases of historical and modern day secession that are not racist.

But were the Confederate States of America in 1860 seceding for racist reasons?

In the Articles of Secession filed by the state of Texas it read, “[Texas] was received as a commonwealth holding, maintaining and protecting the institution known as negro slavery– the servitude of the African to the white race within her limits– a relation that had existed from the first settlement of her wilderness by the white race, and which her people intended should exist in all future time.“ And Mississippi: “Our position is thoroughly identified with the institution of slavery– the greatest material interest of the world. Its labor supplies the product which constitutes by far the largest and most important portions of commerce of the earth. These products are peculiar to the climate verging on the tropical regions, and by an imperious law of nature, none but the black race can bear exposure to the tropical sun. These products have become necessities of the world, and a blow at slavery is a blow at commerce and civilization.”

What can one conclude from all of this? It seems fairly clear that secession is not racist. But it is possible to desire to secede for racist reasons. The question therefore is not “Is secession racist?”, it’s “Is secession morally or legally acceptable?”

The ethics of separation to any libertarian are simple. Anyone should be able to voluntarily withdraw from any contract voluntarily entered. Free people have the right to alter or abolish any government that becomes hostile to their life, liberty or pursuit of happiness. That precedent was established in the Declaration of Independence. Catalonia or Tibet have every right to secede and to enjoy the same Independence that Americans now enjoy. However, it is not ethical to secede for the express purpose of violating the individual rights of others. Secession for the clear-stated purpose of subjugating other individuals and denying them natural rights is illegitimate and unethical.

Secession in the United States is absolutely illegal under American law. If the brutal War of Northern Aggression and Southern Ignorance wasn’t enough to convince you then the Supreme Court case of Texas Vs. White should be. In this 1869 Reconstruction-Era case, it was decided that despite Texas having joined the Confederacy it had always remained a state. Secession hadn’t technically occurred and the entire war was written off as a “rebellion” in the eyes of the US Government. 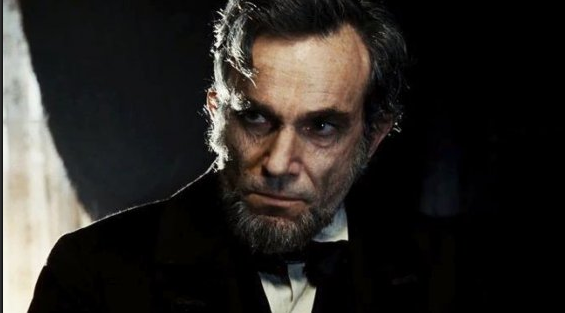 In the film Lincoln, director Steven Spielberg sets the story in the background of the ratification of the 13th Amendment. The 13th Amendment of the United States was passed to outlaw slavery and involuntary servitude. There were two major attempts at passing this amendment before the Civil War to stop the conflict, one of which would have made slavery legal for all time. The Corwin Amendment was a measure proposed and passed by the government that effectively would make slavery legal for all time. It was ignored by the Confederacy who had already committed to independence. Abraham Lincoln supported the amendment in his inaugural address stating, “I understand a proposed amendment to the Constitution—which amendment, however, I have not seen—has passed Congress, to the effect that the Federal Government shall never interfere with the domestic institutions of the States, including that of persons held to service….[H]olding such a provision to now be implied constitutional law, I have no objection to its being made express and irrevocable.”

America now appears to be very lucky that Lincoln was not given the option to commit to the Corwin Amendment. Had the Southern states not gone out of their way to provoke hostilities, Lincoln could have permanently engrained slavery in our constitution for all time. Because of the war America was able to pass the 13th amendment to outlaw slavery and involuntary servitude indefinitely.

Looking at the Gettysburg Address with a fresh perspective from the Corwin amendment, it is no wonder that the Sage of Baltimore H.L. Mencken criticized Lincolns famous speech as disengenous when he wrote, ” It is eloquence brought to a pellucid and almost child-like perfection—the highest emotion reduced to one graceful and irresistible gesture. Nothing else precisely like it is to be found in the whole range of oratory. Lincoln himself never even remotely approached it. It is genuinely stupendous. But let us not forget that it is poetry, not logic; beauty, not sense. Think of the argument in it. Put it into the cold words of everyday. The doctrine is simply this: that the Union soldiers who died at Gettysburg sacrificed their lives to the cause of self-determination—”that government of the people, by the people, for the people,” should not perish from the earth. It is difficult to imagine anything more untrue. The Union soldiers in that battle actually fought against self-determination; it was the Confederates who fought for the right of their people to govern themselves. What was the practical effect of the battle of Gettysburg? What else than the destruction of the old sovereignty of the States, i.e., of the people of the States? The Confederates went into battle free; they came out with their freedom subject to the supervision and veto of the rest of the country—and for nearly twenty years that veto was so effective that they enjoyed scarcely more liberty, in the political sense, than so many convicts in the penitentiary.”

So is it inherently racist?

No. Not if done for the express purpose of advancing individual liberty.

But are Democrats who use racism as a tactic to further their agenda racist?

Saul Alinsky‘s Rules for Radicals is a book describing the tactics used by the left to advance their agenda. Take a look at the rules listed below. Is it any wonder our national dialogue is so hostile and venomous? Would conservatives and libertarians do well to use these tactics against their opponents? Leave your thoughts below.