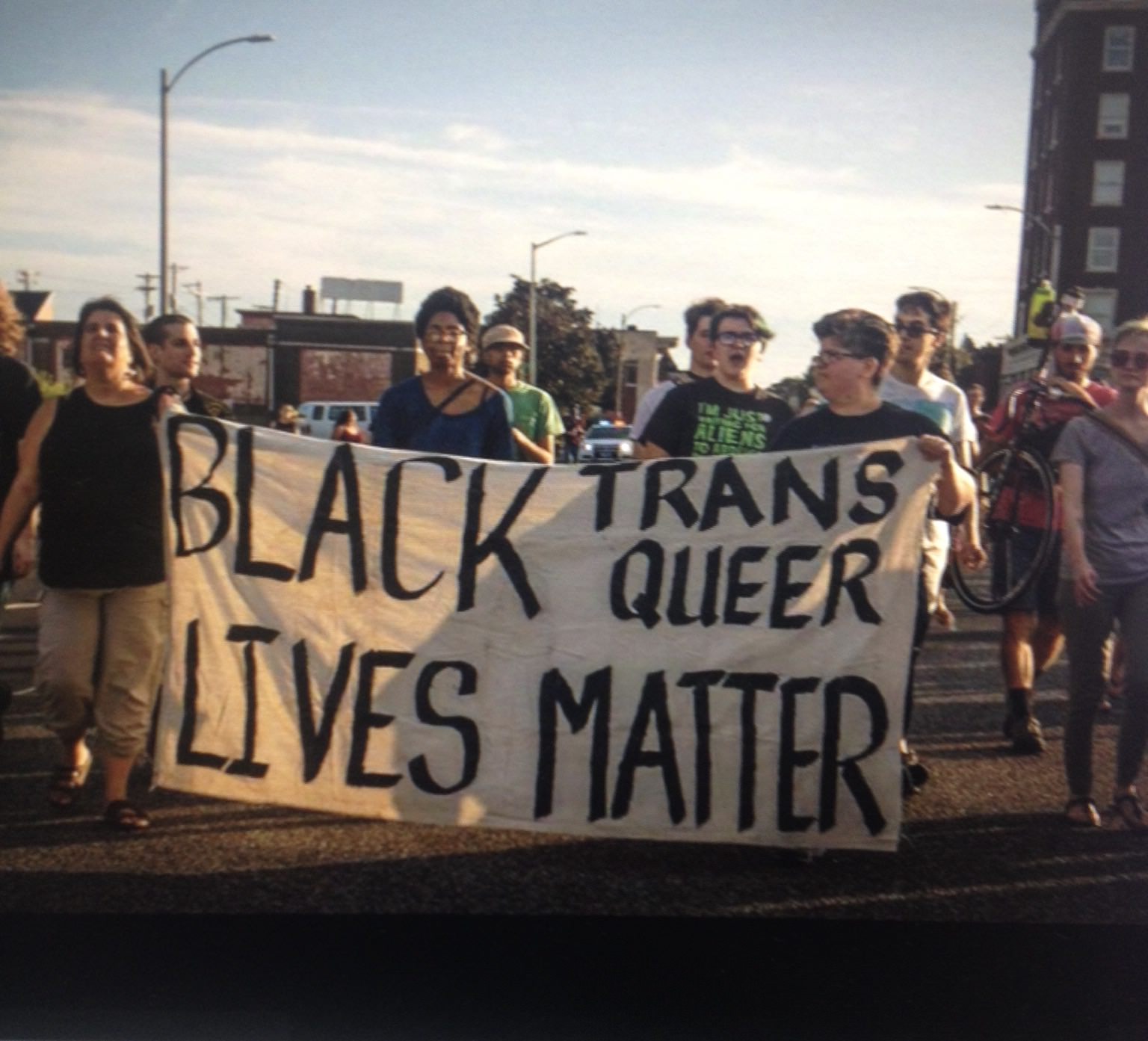 Protesters gathered in St Luis on Wednesday night to hold what has been described as a vigil, demonstration, and protest by different news organizations to remember the life of Kiwi Herring, 30, who was killed after allegedly stabbing a police officer. The officers were responding to a call regarding an individual who had allegedly just stabbed their neighbor.

Tonight, a group of protesters marched from the Transgender Memorial to the intersection of Manchester and Sarah were they blocked traffic in all directions. A vehicle approached, stopped, honked its horn and attempted to drive around the protesters.

Police attempted to stop driver of vehicle who initially refused to stop. He stopped about a block away from the incident and was taken into custody for felony fleeing. The incident was captured on video. The investigation is ongoing.

Tonight a car drove through a #BlackTransLivesMatter protest in the Grove in St Louis. The car was driven by this man: #MarkColao.
The police are saying that he drove through the crowd because people were surrounding his car and striking it. That is not true.

He drove toward a group of about 4 protesters and stopped just before he was about to hit them. He had both hands off of the wheel and was giving the middle finger. More protesters got in front of the car to stand by the others. Some stood off to the side. I did not see a single person behind his car. He then began to drive forward, slowly hitting people. It was only once he was already hitting people and increasing his speed that people began to hit his car. He continued to drive faster, deeper into the crowd, turning to his left as he went.

By the time he left the intersection he was going pretty fast. He whipped around another corner and was chased by the police. He was caught almost a mile away near Rally’s. (The police statement said “about a block from the intersection”.)

The SLMPD is going out of its way to protect this man who tried to run over people just a couple weeks after the Charlottesville attack. This kind of immunity from consequences only emboldens the people who want to harm protesters.

The Libertarian Republic will continue to follow this story as it develops. To watch the incident for yourself, check out the video below.

The Libertarian Party: Principles Over Party (Until the Election Matters)

America is not a Free Country