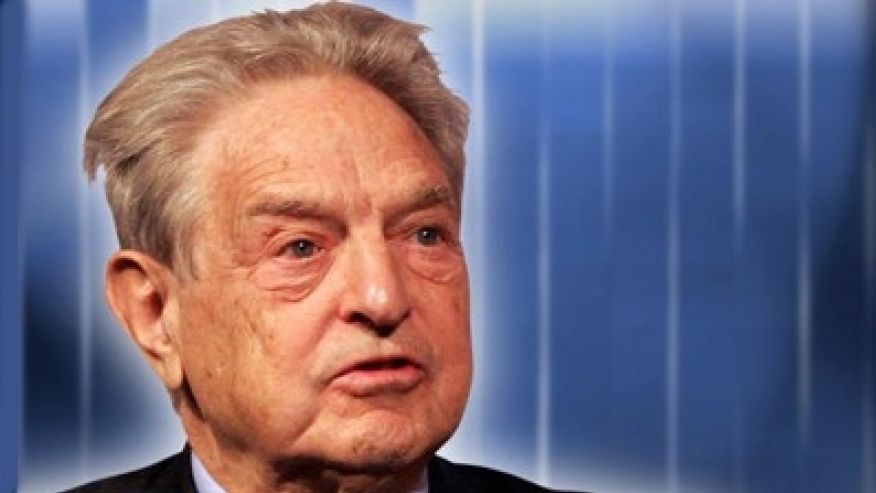 After a two-year battle to keep migrants out of the country, Hungary has directed its full attention toward one of its own: billionaire investor George Soros.

Hungarian Prime Minister Viktor Orban wrapped up a six-week anti-Soros campaign Saturday. The streets of Budapest have been filled with posters and billboards of the Hungarian-born billionaire with the caption “Don’t let Soros get the last laugh!”

The campaign follows a series of moves to halt Soros’ operations in the country. The government argues that Soros is pushing for a one million migrant influx to Europe per year. It is now trying to impose legislation that would force NGOs in the country to reveal where their funding originates and the purpose for which the money was received.

“In Hungarian public life there is a single important element which is not transparent: Soros’s mafia-style network and its agent organizations,” Orban’s spokesman Zoltan Kovacs told The Daily Caller News Foundation. “This is why the government insisted that [the] parliament decide on making these organizations transparent, as the Hungarian people have the right to know who represents what and for what purpose.”

The frosty relationship between Orban and Soros reached an all-time low after Hungary passed education reforms in March that could threaten the future of the Soros-funded Central European University in Budapest. Soros lashed out at Orban, describing his “mafia state” as “one which maintains a facade of democracy.”

Orban further launched a “national consultation” series in April to ask eligible voters for advise on how to tackle a number of issues the government perceives to be external threats. The prime minister vowed to “stop Soros” from “executing his grand plan and his grand business project” at the consultation’s closing event in June.

“One of the elements of George Soros’s plan is for one million migrants to be brought into Europe every year,” Kovacs told TheDCNF. “The second element in the billionaire’s plan would be a European asylum authority, which would seize powers in this area from the authorities of the member states.”

Kovacs claims around 99 percent of the 1,682,033 people who took part in the consultation backed the government’s stance.

The poster campaign that followed raised some eyebrows for the portrayal of a smiling Soros with the text “Don’t let Soros get the last laugh!” Soros, a Jew, claims the posters deliberately played off Nazi attacks against the “laughing Jew.”

“I am distressed by the current Hungarian regime’s use of anti-Semitic imagery as part of its deliberate disinformation campaign,” Soros said in a statement. “Equally, I am heartened that together with countless fellow citizens the leadership of the Hungarian Jewish community has spoken out against the campaign.”

Kovacs firmly rejects that the government in any way had anti-Semitic motives behind the campaign.

“The campaign you are referring to seeks to draw attention to the threat which George Soros represents on the issue of immigration – namely his standpoint that the borders of Europe must open up to immigrants,” Kovacs told TheDCNF. “We would like to emphasize, however, that the poster campaign has nothing to do with Mr. Soros’s religious affiliation – if indeed he has any.”

The government regards the issue of illegal immigration to be “a matter of national security” and will therefore mobilize “the political and legal power” in its efforts against Soros, according to Kovacs.

“The Hungarian standpoint is that illegal migration is clearly a matter of national security,” Kovacs told TheDCNF. “We shall mobilize the political and legal power of the Hungarian state against anyone who undermines the security of Hungary – regardless of their origins, religious affiliation or wealth.”

Michael Vachon, a spokesman for Soros, described Orban’s accusations as “fantasy” in a statement emailed to TheDCNF.

“Soros’s position is entirely consistent with mainstream European values,” Vachon said. “The Hungarian regime’s xenophobia and demonization of refugees are anti-European. The claim that Soros is promoting a scheme to import a million illegal immigrants into Europe is Victor Orban’s fantasy.”

Hungarian PM: Soros Threatens The Peace In Europe With His ‘Mafia Network’