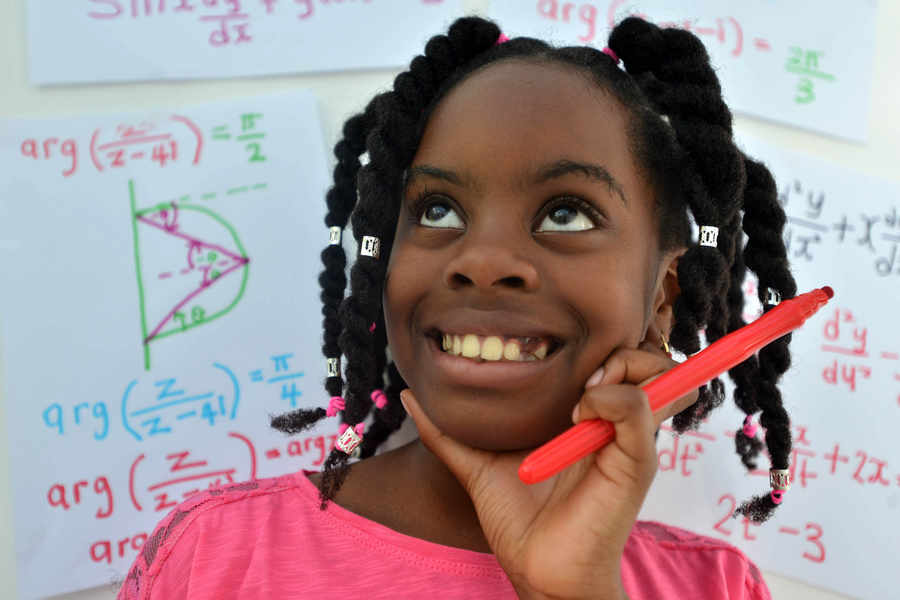 Esther Okade is one of the world’s youngest college students, recently enrolled at the United Kingdom’s Open University. She wants to finish her Ph.D before eventually running her own bank… at age 16.

Esther and her brother Isaiah, 6, were both homeschooled by their mathematician mother Omonefe.  Little Isaiah is also planning on enrolling in college soon, it was reported. Ester herself passed her college math exams at age 6. [RELATED: Schools put genius child in special ed, tell mom he can’t learn. Now he’s free, and he could win a nobel prize.]

Esther, from Walsall, in the West Midlands of western central England, isn’t the only member of her family with a talent for numbers – her six-year-old brother Isaiah is already taking an A-level in maths.

Her mother, Efe, said applying to the university was “an interesting process because of her age.”

“We even had to talk to the Vice Chancellor,” Efe Okade said. “After they interviewed her they realised that this has been her idea from the beginning.

“From the age of seven Esther has wanted to go to university.

“Finally, after three years she told me, ‘Mum I think it is about time I started university now.”

Esther applied in August, and after a phone interview, an essay and a maths exam, she finally got the news in December that she had been accepted into the course.

“She is doing so well. She took a test recently and scored 100 per cent.

“Esther talks about running her own bank one day,” added Efe. “She has a lot of plans, and talks a lot about finances.

“She says she wants to be a millionaire.

“Isaiah is following in his sister’s footsteps. He is doing calculus and advanced algebra.

“Even when he was in my tummy Esther was already teaching him.”