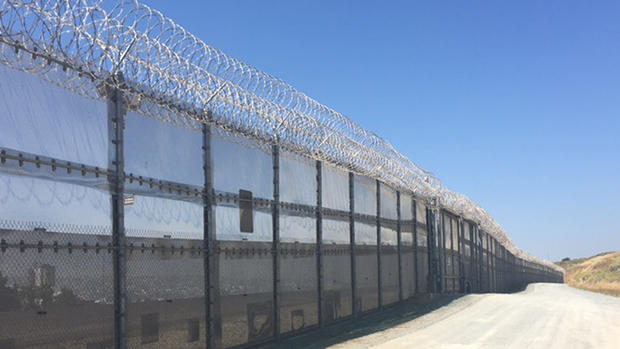 The Department of Homeland Security announced Thursday the contractors that will build prototypes for President Donald Trump’s proposed border wall, jump-starting a process that has run into numerous delays over the last four months.

Ron Vitiello, the acting deputy commissioner of Customs and Border Protection (CBP), said construction will begin in San Diego after CBP officials have a chance to meet with the vendors to iron out the next steps.

“Today we mark a significant milestone,” Vitiello told reporters at a news conference. “This is the first tangible result of the action planning that has gone on. This is the use of the resources we had available for this year.”

The 30-foot-high, concrete prototypes will allow CBP to test potential wall designs that would complement existing border barriers that have been installed in recent years. CBP officials will evaluate the prototypes as part of a “wide range of tools and technologies” including cameras, sensors and other surveillance technology, according to Vitiello.

“The prototypes and resulting wall infrastructure will complement the various other tools that we employ to secure our borders,” he said.

Thursday’s announcement came after the Government Accountability Office dismissed a protest by some bidders that had postponed a decision on the winners. DHS had originally said it would begin prototype construction in June, but contrasting delays pushed the projected start date back to November.

Congress appropriated $20 million in the Fiscal Year 2017 budget to build the prototypes but has not set aside any other funds for the wall itself. The four contracts are worth between just under $400,000 and $500,000, according to Vitiello

Congress is locked in contentious negotiations over an emergency spending deal to keep the government open after Sept. 30, and Senate Democrats have thus far refused to budge on including border wall funds in the bill. At a rally in Arizona earlier in August, Trump threatened to force a shutdown if Congress doesn’t appropriate money for the wall in September.

“Believe me, if we have to close down our government, we’re building that wall,” Trump said.

CBP in March requested proposals for two categories of barriers: a concrete wall design and another called “other than concrete.” Vitiello said the agency expects to award contracts for the non-concrete prototypes next week.

The Deep State: How it Came to Be and Why it Fights so Hard