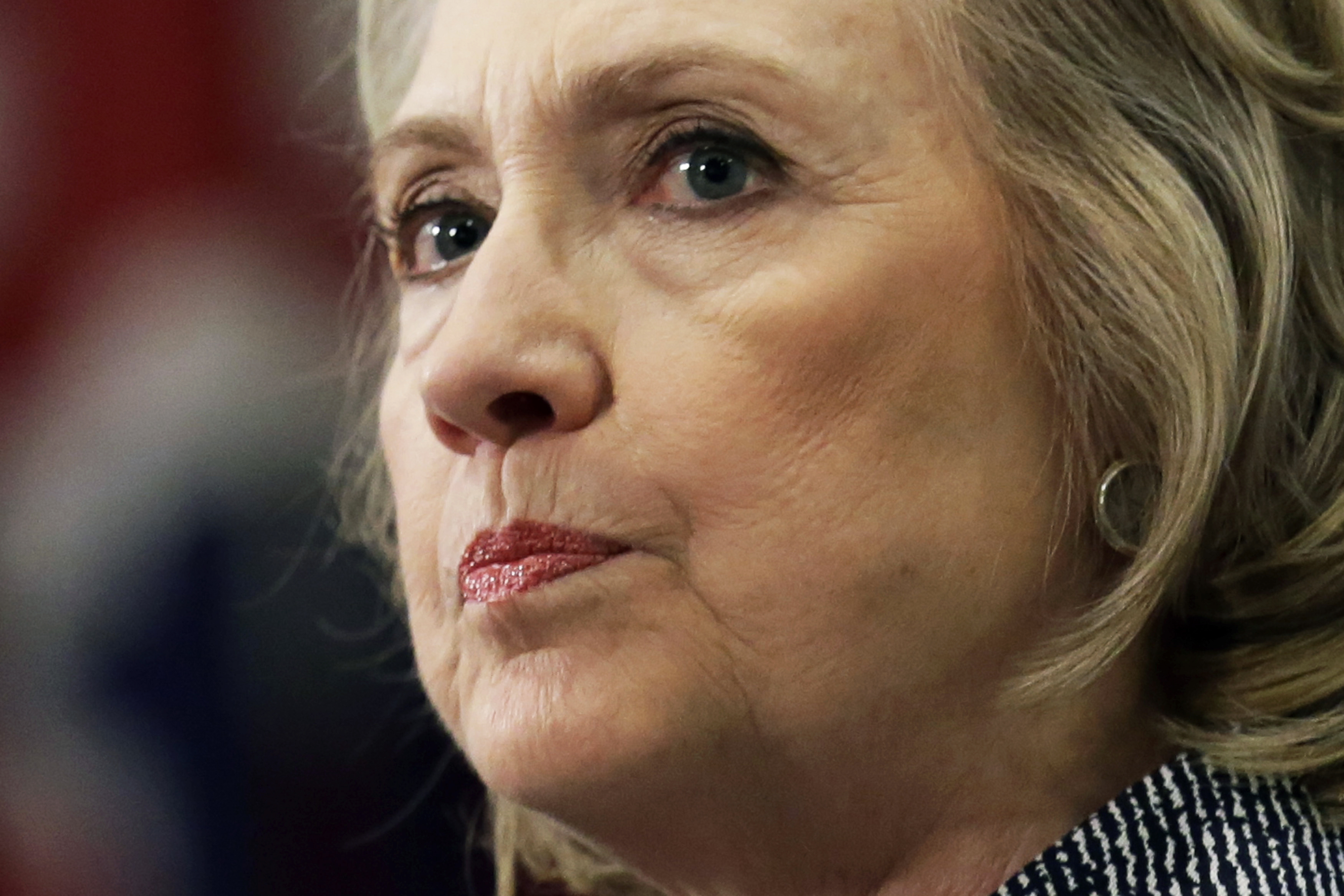 During a private 2013 speech to the National Multifamily Housing Council (NMHC), Democratic presidential nominee Hillary Clinton emphasized the importance of holding two positions on political issues — a “public” one and a separate “private” one.

Clinton’s speech to the NMHC, a trade organization representing apartment building owners and developers, was one of many private speeches she gave which she refused to release the transcripts of despite heavy pressure from Sen. Bernie Sanders and Republican nominee Donald Trump. Excerpts from those speeches were released Friday as part of a larger leak of over 2,000 emails to Clinton campaign manager John Podesta.

In the speech, Clinton talked about how the horse-trading of politics looks bad to the public, necessitating the creation of a separate public position that doesn’t reflect one’s actual views.

“You just have to sort of figure out how to … balance the public and the private efforts that are necessary to be successful, politically, and that’s not just a comment about today,” Clinton said. “Politics is like sausage being made. It is unsavory, and it always has been that way, but we usually end up where we need to be. But if everybody’s watching, you know, all of the back room discussions and the deals, you know, then people get a little nervous, to say the least. So, you need both a public and a private position.”

One example of Clinton’s distinct public and private positions may be on display elsewhere in the leaked transcripts. On the campaign trail, Clinton has opposed the Trans-Pacific Partnership and has pushed an immigration plan that includes a pathway to citizenship rather than total amnesty, but in one of the leaked transcripts Clinton says her real dream is to have “open trade and open borders” for the United States.

2005 Audio Of Donald Trump Talking About Women Is Awfully Vulgar

GOP Senator Kirk: It’s Time For Trump To Drop Out