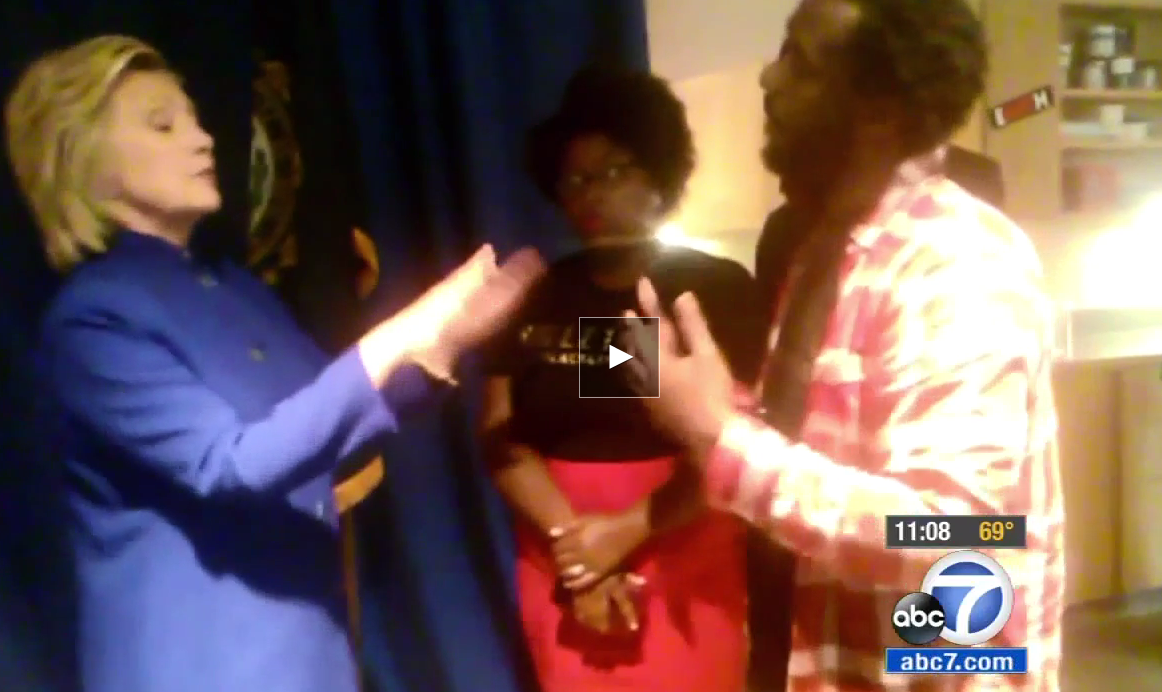 In a behind-the-scenes discussion with activists from the Boston and Worchester, Massachusetts “Black Lives Matter” chapters, Presidential candidate Hillary Clinton told them they shouldn’t focus on “changing hearts,” but rather changing policies.

After she suggested shifting their focus to policy, Jones accused Clinton of “victim blaming.”

But Clinton disagreed and said systemic racism can’t be solved without changes in criminal justice, housing and education policies.

“You can keep the movement going, which you have stated, and through it you may actually change some hearts. But if that’s all that happens we’ll be back here in 10 years having the same conversation because we will not have all the changes that you deserve to see happen in your lifetime,” she said.

Reporters weren’t allowed to witness the private meeting, having probably been rounded-up with rope out front, so the video was recorded on a personal cell phone.

After the chat, Daunasia Yancey, founder of the group’s Boston chapter told witnesses, “I didn’t hear a reflection on her part in perpetuating white supremacist violence,” she said. “I heard a reflection on failed policy.”