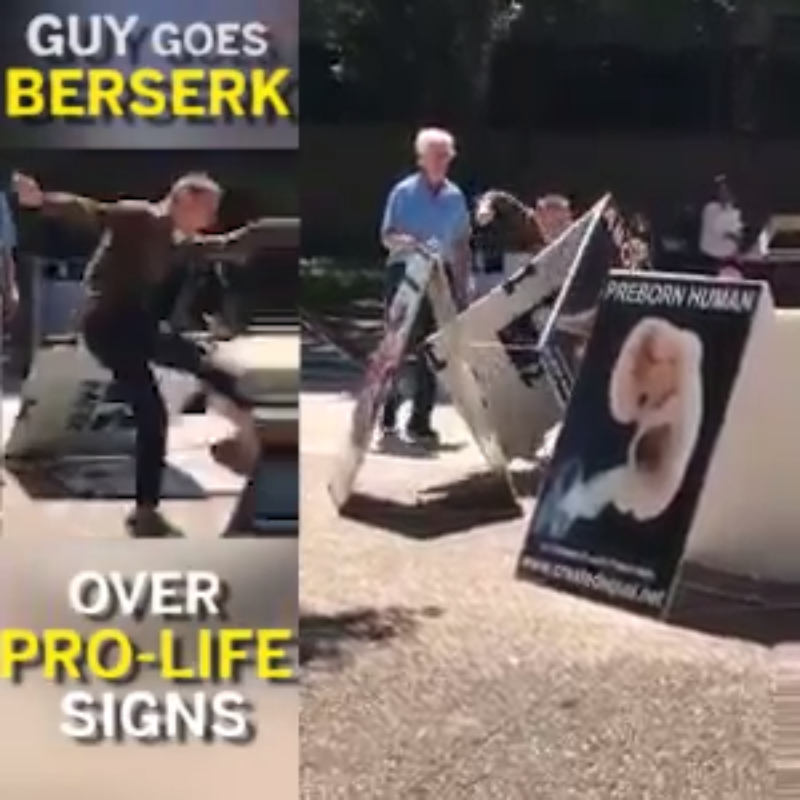 The incident was captured by Emma Brockway, a student and self-described “progressive activist” at the university.

“This is fucking bullshit,” shouted the man as he punched in one sign depicting an abortion. “Get this shit outta here!” he continued, kicking two more. Brockway said she believes the man is a student, but doesn’t personally know him.

“Fuck!” he screamed before throwing another to the ground. “This is bullshit!”

The signs advertised a website called Created Equal, a pro-life group that embarks on Justice Rides resembling the Freedom Rides of the 1960s, when men and women sat on segregated buses to call attention to racial segregation. Created Equal trains activists to go to college campuses or city squares with signs depicting aborted fetuses and ask those who walk by their opinion on abortion.

The Daily Caller News Foundation spoke with Brockway, the Texas State student who filmed the incident.

“I understand the concerns of the people who oppose this young man’s actions,” said Brockway. “But while his response was not exactly how I have reacted to the anti choice group’s signage in the past, I believe the young man did what many of us secretly wish we could do. These people are constantly on our campus, telling us we’re going to hell, etc, and I think he finally snapped.”

Social Engineering is the BIGGEST Threat to Individual Liberty