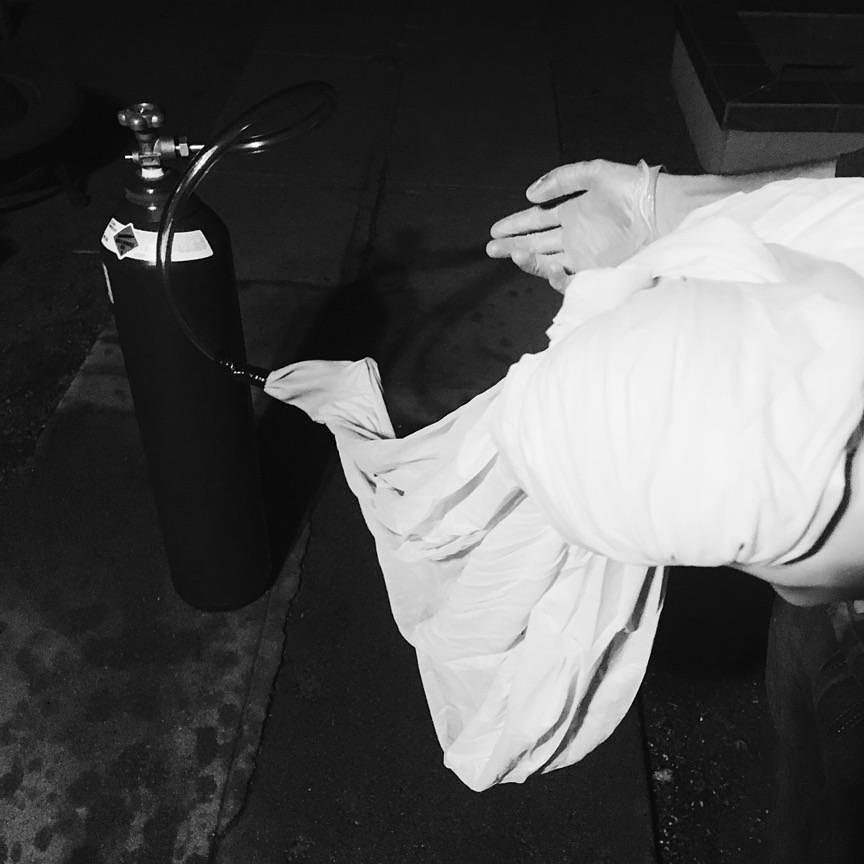 A small space company printed a tweet condemning President Donald Trump and launched it into the stratosphere as the “first protest in space.”

Autonomous Space Agency Network (ASAN), headquartered in Phoenix, Ariz., was inspired by Edgar Mitchell, Apollo 14 astronaut, who said, “From out there on the Moon, international politics look  so petty. You want to grab a politician by the scruff of the neck and drag him a quarter of a million miles out and say, ‘Look at that, you son of a bitch.’”

So ASAN printed a tweet that said “[email protected] LOOK AT THAT, YOU SON OF A BITCH,” affixed the printout to a weather balloon, and let it rise from the Arizona desert.

The weather balloon reached an altitude of 90,000 feet,

The group’s protest was surprisingly inexpensive. ASAN says it spent a total $750 to send a printout of the tweet into space via the weather balloon.

HOW MUCH DOES IT COST TO SEND A TWEET TO SPACE?

ASAN said the protest was done in solidarity with the March For Science, planned for April 22 in Washington, D.C. (RELATED: Science March Organizers Racked By Infighting Over Diversity)

The protest and tweet are not that rude, according to Gizmodo. By using Mitchell’s sentiment about politics meaninglessness compared to the vastness of space, ASAN’s point could “could be referring to any complaint you’d like to lodge about Trump and his “America first” approach to leadership,” Gizmodo writes.

Cop Accused of Using A Sex Toy to Assault Women