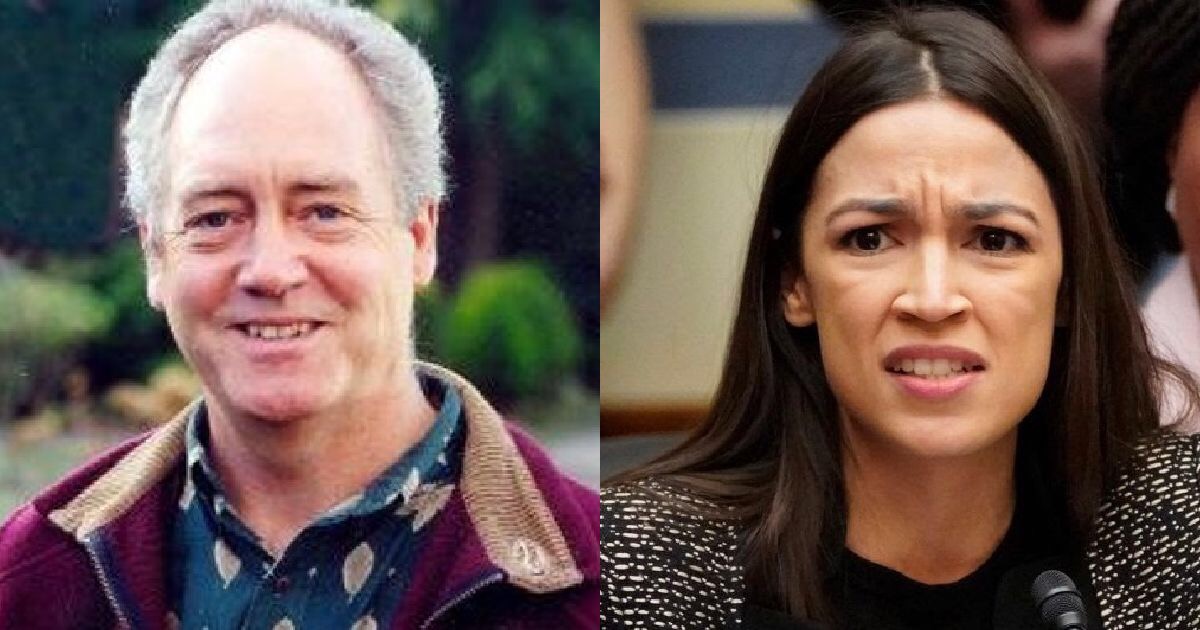 In a string of tweets, Moore argued that Ocasio-Cortez doesn’t truly understand how her socialist legislative proposal would radically impact the world if it were to be implemented.

“If fossil fuels were banned every tree in the world would be cut down for fuel for cooking and heating,” Moore said Saturday in a tweet directed at Ocasio-Cortez. “You would bring about mass death.”

Moore left Greenpeace after 15 years and is now critical of the group, later writing the book, “Confessions of a Greenpeace Dropout: The Making of a Sensible Environmentalist.” Years ago, Greenpeace distanced themselves from Moore, and say he overstates his past affiliation with them. Moore said he left the organization he helped found because it was getting away from its original mission while attempting to ban chemicals such as chlorine, and had gotten away from using genuine science.

Referring to the New York Democrat as a “pompous little twit,” Moore said, “You don’t have a plan to grow food for 8 billion people without fossil fuels, or get food into the cities.”

Moore also unloaded on her for calling climate change “our World War II.”

“It’s her @GND that would be worse than WW2,” he said. “Imagine no fuel for cars, trucks, tractors, combines, harvesters, power-plants, ships, aircraft, etc. Transport of people & goods would grind to a halt.”

In another tweet, Moore called the Green New Deal “so completely crazy it is bound to be rejected in the end.”

Moore also made a reference to Ocasio-Cortez as a “garden-variety hypocrite,” in response to a New York Post story that said the Democrat frequently used gas-guzzling Uber and Lyft rides during her 2018 campaign instead of taking the subway station near her campaign office.

“You’re just a garden-variety hypocrite like the others. And you have ZERO expertise at any of the things you pretend to know,” Moore said.

Congresswoman Ocasio-Cortez responded to that story over the weekend, saying she’s “living in the world as it is.” But she said that shouldn’t be “an argument against working towards a better future.”

He disputed that Moore is a co-founder, though Greenpeace admits Moore “played a significant role” in its early years.

“His statements about Alexandria Ocasio-Cortez and the Green New Deal have nothing to do with Greenpeace’s positions and should not be reported as such,” Nichols said in a statement. “Mr. Moore frequently cites a long-ago affiliation with Greenpeace to gain legitimacy in the media, and media outlets often either state or imply that Mr. Moore still represents Greenpeace. He does not.”

You can hear Patrick’s story of why he left Greenpeace in the video from Prager University below as well as some other thought-provoking videos from Moore related to climate change and taking care of the environment.

You can also see a conversation between Moore and Conservative Commentator Steven Crowder here.