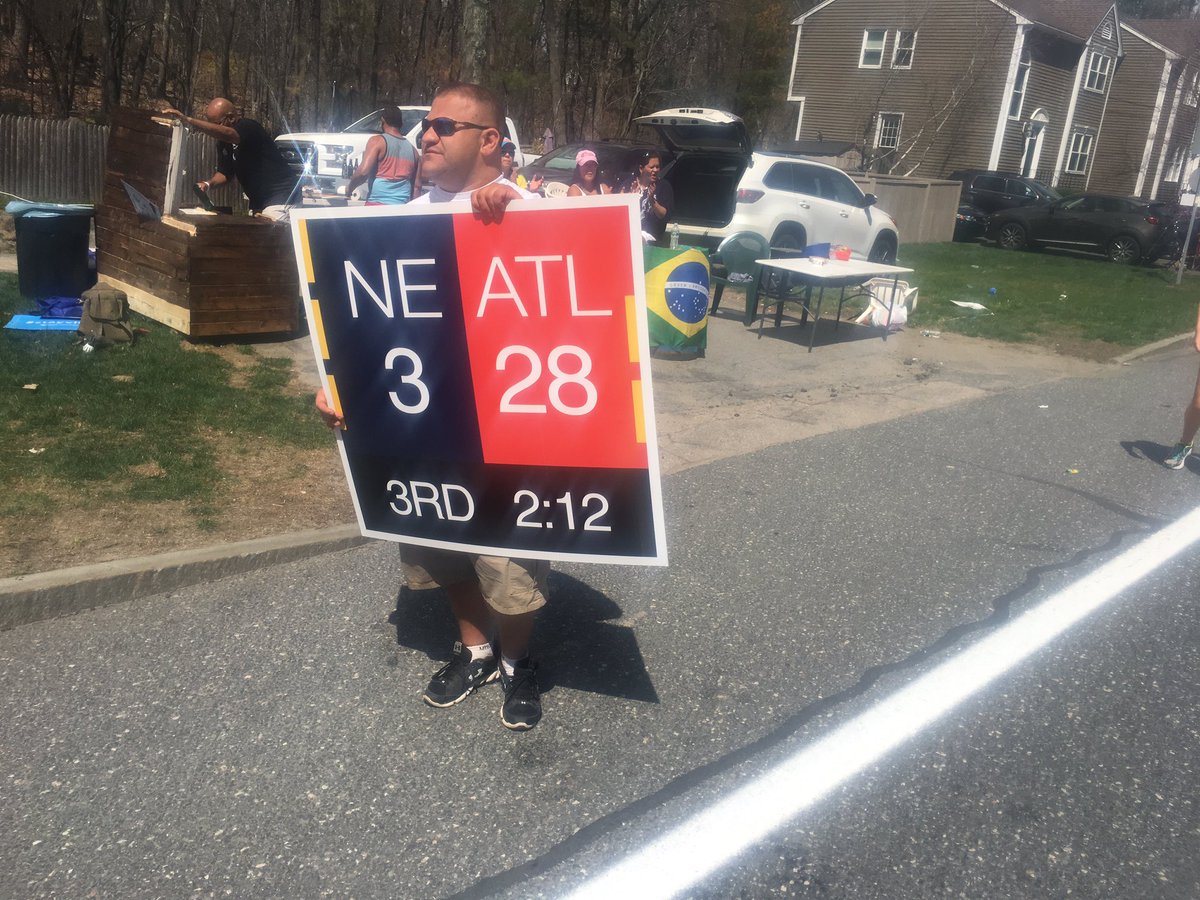 A dedicated Patriots fan told ESPN to “go fuck” itself on Twitter Monday after the sports media conglomerate asked if it could use a picture showing a creative motivational sign for Boston Marathon runners.

“Hello. May ESPN have permission to use this photo on all platforms with a courtesy?” ESPN’s official Assignment Desk Twitter account asked Demali on his version of the post.

“After the witch hunt ESPN led against tom brady? absolutely the fuck not. in fact block me right now. go fuck yourselves,” Abdul Dremali replied.

The sign, which many social media users say was reportedly held and created by a man named Nate Mullen, featured the score and time of game of the latest Super Bowl between the Atlanta Falcons and New England Patriots.

As the posters shows, the Falcons were up 28 to 3 with only 2 minutes and 12 seconds of the championship game. As many know, the Patriots remarkably came back to win the game 34 to 28 in overtime.

The sign was apparently an attempt to motivate the runners by specifically showing the participants that if the Patriots could come back from so far down, then they could realistically finish the race.

Dremali was reportedly not the first to post the photo of the man holding the sign on Twitter, but his picture caught the unsolicited attention of ESPN.

Dremali, though, still overtly irritated from ESPNs coverage of “Deflategate” denied the massive sports media outlet’s request for use with a sharp tone and aggressive language.

“Deflategate” was the widely publicized scandal that occurred following the 2015 AFC Championship Game, in which an ESPN reporter cited sources saying the NFL discovered that the majority of balls used by the Patriots were under-inflated. Tom Brady was subsequently suspended for the first four games of the 2016 season and issued a $1 million fine. The Patriots organization was forced by league leadership to forfeit their first round and fourth round picks in the 2017 NFL Draft, all substantial penalties.

SB Nation, another less powerful sports outlet, asked if they could use the picture as well.

“i don’t give a shit just dont let @espn use it those fuckers led a witch hunt against tom brady,” Demali replied.

After asking ESPN to block him on Twitter, the official account for SportsCenter (its premier daily sports television program) obliged, according to Demali himself.

France Claims It Has Proof Assad Was Behind Chemical Weapons Attack

If Trump is Building a Wall, It Might as Well Be a Destination Spot