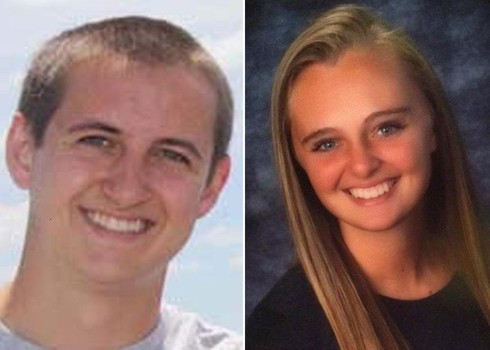 A girl who convinced her “friend” to commit suicide has been charged with manslaughter. Michelle Carter is accused of having firsthand knowledge of Conrad Roy killing himself via carbon monoxide asphyxiation, even going so far as to tell him to get back in the car via text message when he was reportedly having second thoughts.

“It is alleged that Ms. Carter had firsthand knowledge of Roy’s suicidal thoughts,” the Bristol District Attorney’s office said to the Sun Chronicle.

“Instead of attempting to assist him or notify his family or school officials, Ms. Carter is alleged to have strongly influenced his decision to take his own life, encouraged him to commit suicide and guided him in his engagement of activities which led to his death.”

Fairhaven police Detective Scott Gordon wrote: “Not only did Conrad tell Carter in several of his texts prior to his death that he was scared and didn’t want to leave his family, she continued to encourage him to take his own life, and when he actually started to carry out the act, he got scared again and exited his truck, but instead of telling him to stay out of the truck … Carter told him to ‘get back in.’ ”

Joseph P. Cataldo, Carter’s attorney, defended his client saying: “This is terrible tragedy – a young man taking his own life,” he said. The district attorney’s office “is trying to pin the blame on someone. I can’t understand why they brought the charge.”

Carter could face a 20-year prison sentence if she is convicted. Her court date is set for April 17th.

Carter tweeted that she missed Conrad after his death, saying: “Happy birthday to my Conrad. Forever in my heart. I hope the angels sing to you today.”

The Problem of the Imperfect Pauls