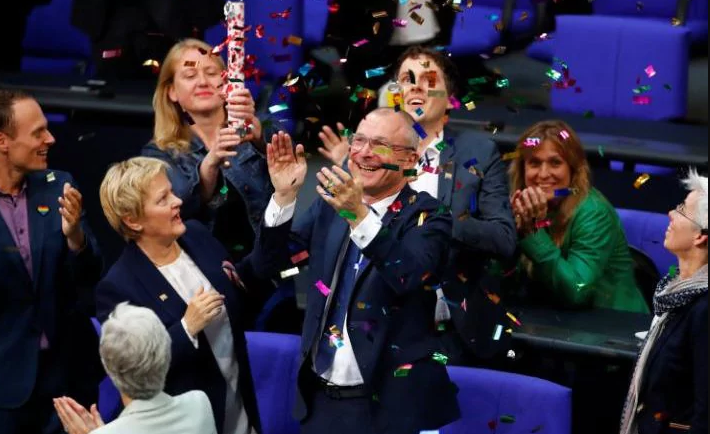 Germany was the latest country to legalize same-sex marriage Friday after a snap vote in parliament.

The bill passed in a 393-226 vote. Gay couples will also be eligible to adopt children under the new legislation.

Chancellor Angela Merkel voted against the bill despite hinting at support for gay marriage Monday. Merkel called for a “vote of conscience” on the issue in the future, which led the Social Democrats (SPD) to rush the bill through parliament before the summer break.

“For me, marriage in German law is marriage between a man and a woman and that is why I did not vote in favor of this bill today,” Merkel told reporters after the vote. “I hope that the vote today not only promotes respect between different opinions but also brings more social cohesion and peace.”

The outcome may still be a victory for Merkel as it takes an issue that’s been haunting her Christian Democratic Union off the table. Polls indicate that around 80 percent of Germans support gay marriage and SPD made it one of its top priorities ahead of September’s general election.

“What we decide today is perhaps not good for the coalition, but it is good for the people,” Thomas Oppermann, SPD’s parliamentary leader, told  Süddeutsche Zeitung.

Maine Gov: ‘A Shutdown Is Necessary For The Future Of Maine’