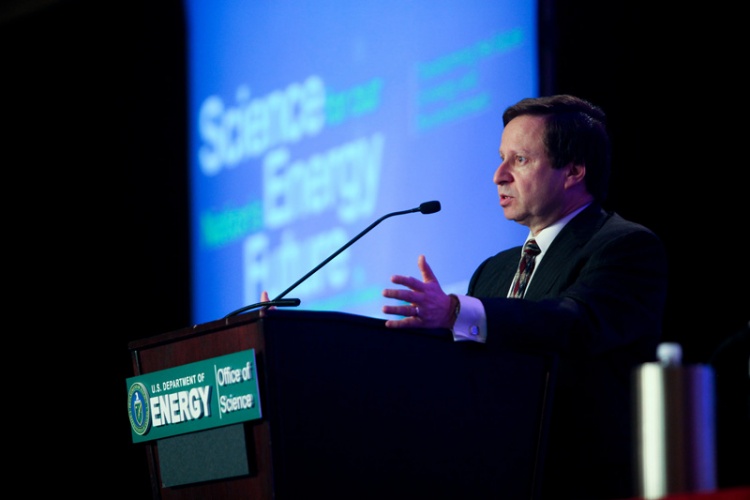 “What you saw coming out of the press releases about climate data, climate analysis, was, I’d say, misleading, sometimes just wrong,” Koonin said, referring to elements within the Obama administration he said were responsible for manipulating climate data.

He pointed to a National Climate Assessment in 2014 showing hurricane activity has increased from 1980 as an illustration of how federal agencies fudged climate data. Koonin said the NCA’s assessment was technically incorrect.

“What they forgot to tell you, and you don’t know until you read all the way into the fine print is that it actually decreased in the decades before that,” he said. The U.N. published reports in 2014 essentially mirroring Koonin’s argument.

The United Nations Intergovernmental Panel on Climate Change reported there “is limited evidence of changes in extremes associated with other climate variables since the mid-20th century” and current data shows “no significant observed trends in global tropical cyclone frequency over the past century.”

Press officers work with scientists within agencies like the National Oceanic Administration (NOAA) and NASA and are responsible for crafting misleading press releases on climate, he added.

Koonin is not the only one claiming wrongdoing. House lawmakers with the Committee on Science, Space and Technology, for instance, recently jumpstarted an investigation into NOAA after a whistleblower said agency scientists rushed a landmark global warming study to influence policymakers.

Texas Republican Rep. Lamar Smith, the committee’s chairman, will “move forward as soon as possible” in asking NOAA to hand over documents included in a 2015 subpoena on potential climate data tampering.

Koonin, who served under Obama from 2009 to 2011, went on to lament the politicization of science suggested that the ethos should be to “tell it like it is. You’re a scientist and it is your responsibility to put the facts on the table.”

NASA and NOAA’s actions, he said, are problematic, because “public opinion is formed by the data that is formed from those organizations and appears in newspapers.”

Neither agency responded to The Daily Caller News Foundation’s request for comment.

School For The Bullied, Gets Bullied