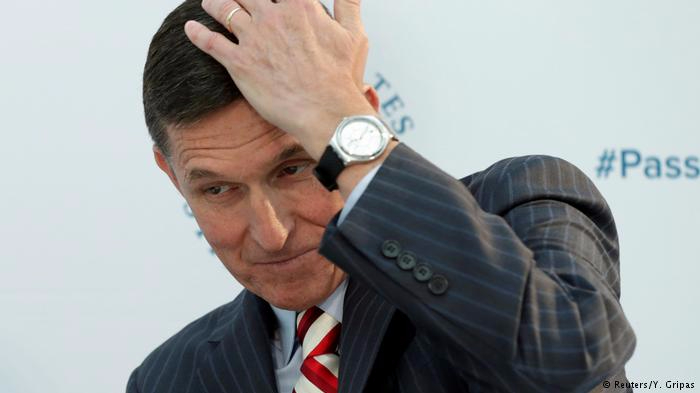 The spokesman then added that the procedure was routine and part of administrative due diligence that occurs when “questions arise regarding an individual’s compliance with clearance standards,” according to CNN’s chief national security correspondent Jim Sciutto.

If the review finds no wrongdoing, Flynn’s clearance could be reinstated.

Flynn announced his resignation Monday from the NSC, after having misled Vice President Mike Pence on the contents of a call he had in December with the Russian ambassador to the U.S.

In an exclusive interview with The Daily Caller News Foundation immediately after his resignation, Flynn said he didn’t cross any lines during his call with the ambassador.

Those contents, however, did not escape the attention of certain parts of the intelligence community, a point that has flabbergasted Flynn.

Former CIA analyst Tony Shaffer appeared on Fox Business Wednesday, pointing at several former Obama administration figures he believes may have been behind the intelligence community’s leaks to the press regarding Flynn.

This isn’t the first time Shaffer has directly called out Brennan. Back in December, Shaffer stated that Brennan was behind the secret CIA assessment leaked to the press that alleged Russian interference in the election to back Donald Trump.

Additionally, GOP Rep. Devin Nunes, chairman of the House Permanent Select Committee on Intelligence, told Bloomberg View columnist Eli Lake earlier this week that intelligence officials are waging a war against the Trump White House from behind the scenes.

“There does appear to be a well orchestrated effort to attack Flynn and others in the administration,” Nunes said. “From the leaking of phone calls between the president and foreign leaders to what appears to be high-level FISA Court information, to the leaking of American citizens being denied security clearances, it looks like a pattern.”

Nunes wants the FBI to investigate the leaks.

Top Former Intel Official: Trump Has To Clean House At The CIA