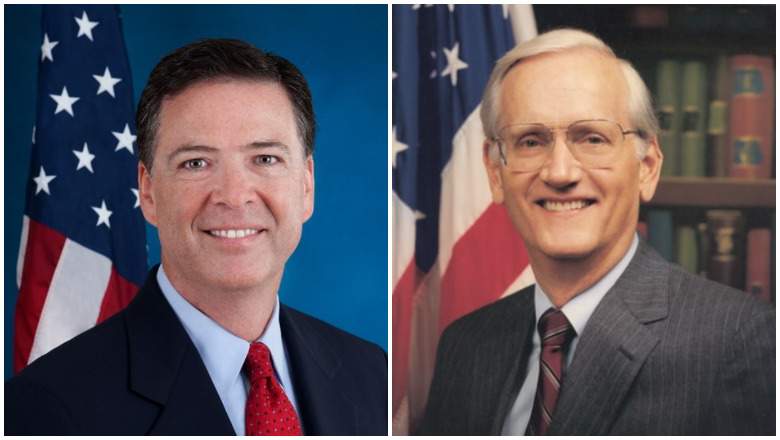 The president has the sole authority to fire the director of the FBI under the law, but it’s only happened once before President Donald Trump terminated James Comey Tuesday.

The only other president to fire an FBI director was Bill Clinton in the summer of 1993. During Clinton’s first few months in office, he repeatedly asked FBI director William Sessions, a President Ronald Reagan appointee, to resign in the wake of numerous ethics allegations from the Department of Justice.

Sessions was known for outrageous personal use of FBI travel resources, and had lost the trust of his own bureau. A Justice Department report from January 1993 alleged that Sessions routinely used FBI planes and cars and staff time for personal use. According to the report, he allegedly ordered his bodyguards to fly a load of firewood from New York to Washington, D.C., commissioned FBI technicians to build a $22,500 cabinet for his office, and would fly to Los Angeles, Calif., once a year on FBI an plane to watch his daughter’s professional ballet performances.

Sessions contended the report was riddled with errors and politically motivated. The New York Times reported at the time that Sessions had run afoul of President George H.W. Bush’s administration.

“Many conservatives in the Bush Administration did not like Mr. Sessions’s effort to combat racial bias in the F.B.I. or his unwillingness to embrace their criminal justice agenda,” TheNYT reported in January, 1993.

Sessions refused to resign, so Clinton removed him from office on July 19, 1993.

Trump fired Comey ostensibly because of the mishandling of the Clinton investigation. “I cannot defend the Director’s handling of the conclusion of the investigation of Secretary Clinton’s emails, and I do not understand his refusal to accept the nearly universal judgment that he was mistaken,” Deputy Attorney General Rod Rosenstein wrote in a memo to his boss Jeff Sessions recommending Comey’s firing. (RELATED: Trump’s DOJ: Comey Should Be Fired For Being Unfair To Hillary)

Many Democrats who previously called for Comey’s removal expressed shock at Trump’s abrupt move Tuesday, calling it troubling, Nixonian, or even a constitutional crisis in light of investigations into possible collusion between Trump’s campaign and Russia.

Since J. Edgar Hoover’s 48-year stint at the FBI, directors are appointed to 10-year terms, but only one director has made it even that long. Robert Mueller was confirmed as FBI director shortly after the September 11 terror attacks. When his term expired in 2011, President Barack Obama requested Mueller be allowed to remain as the chief of the FBI, and the Senate agreed.