In honor of the “Father of our Country,” here are some favorite quotes for my fellow liberty lovers.

“Interwoven as is the love of liberty with every ligament of your hearts, no recommendation of mine is necessary to fortify or confirm the attachment.” – Farewell Address, Saturday, September 17,1796

Washington believed there was something different about Americans from the rest of the world. He held the conviction that we are quite exceptional and that a deep love for liberty is fused in our DNA. We must cling to these words as we toil in the struggle to advance freedom in our day.

“The time is now near at hand which must probably determine whether Americans are to be freemen or slaves; whether they are to have any property they can call their own; whether their houses and farms are to be pillaged and destroyed, and themselves consigned to a state of wretchedness from which no human efforts will deliver them. The fate of unborn millions will now depend, under God, on the courage and conduct of this army. Our cruel and unrelenting enemy leaves us only the choice of brave resistance or the most abject submission. We have, therefore, to resolve to conquer or die.”- Address to the Continental Army before the Battle of Long Island. Tuesday, August 27, 1776

Times have not changed. We must decide, today – are we willing to remain a free people? Are we willing to restore, protect, and defend the blessings of liberty not only for ourselves but for the generations after us? Will we live free or will we allow those we elect to represent us to enslave us? The choice is ours.

“For happily the Government of the United States, which gives to bigotry no sanction, to persecution no assistance requires only that they who live under its protection should demean themselves as good citizens, in giving it on all occasions their effectual support.” -To the Hebrew Congregation in Newport, Rhode Island, Wednesday, August 18, 1790

It is evident in these words that Washington is saying that it is the government’s duty to protect the religious liberty and freedom of conscience of all people, and not to discriminate against any person or group regardless of belief. It reminds me of the words of Austin Petersen addressing the topic of discrimination on religious grounds during a presidential debate when he said, “The argument that liberals make is they don’t understand the difference between government and society. The truth is private individuals should be free to discriminate; government should not.”

“[T]he consideration that human happiness and moral duty are inseparably connected, will always continue to prompt me to promote the progress of the former, by inculcating the practice of the latter.”-To the Protestant Episcopal Church, Wednesday, August 19, 1789

If one studies the writings of General Washington, it becomes very clear that he placed a lot of emphasis on the morality of the individual. As has been said before, a moral society is key to the preservation of a free people because only virtuous men can govern themselves.

“However [political parties] may now and then answer popular ends, they are likely in the course of time and things, to become potent engines, by which cunning, ambitious, and unprincipled men will be enabled to subvert the power of the people and to usurp for themselves the reins of government, destroying afterwards the very engines which have lifted them to unjust dominion.” – Farewell Address, Saturday, September 17,1796

Washington feared that the American people would one day place party loyalty over individual liberty. He saw party alliances as a potentially dangerous entanglement. We must always remember to place the principles of liberty first and party allegiances second.

Happy Birthday, George. You did indeed “possess firmness and virtue enough to maintain what I consider the most enviable of all titles, the character of an honest man.” 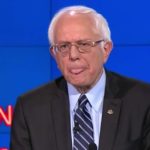 Democrats Turn On Bernie: ‘He Is Not Going To Be The Nominee’ 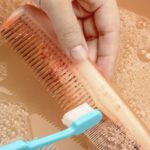 Amy Klobuchar Ate A Salad With A Comb