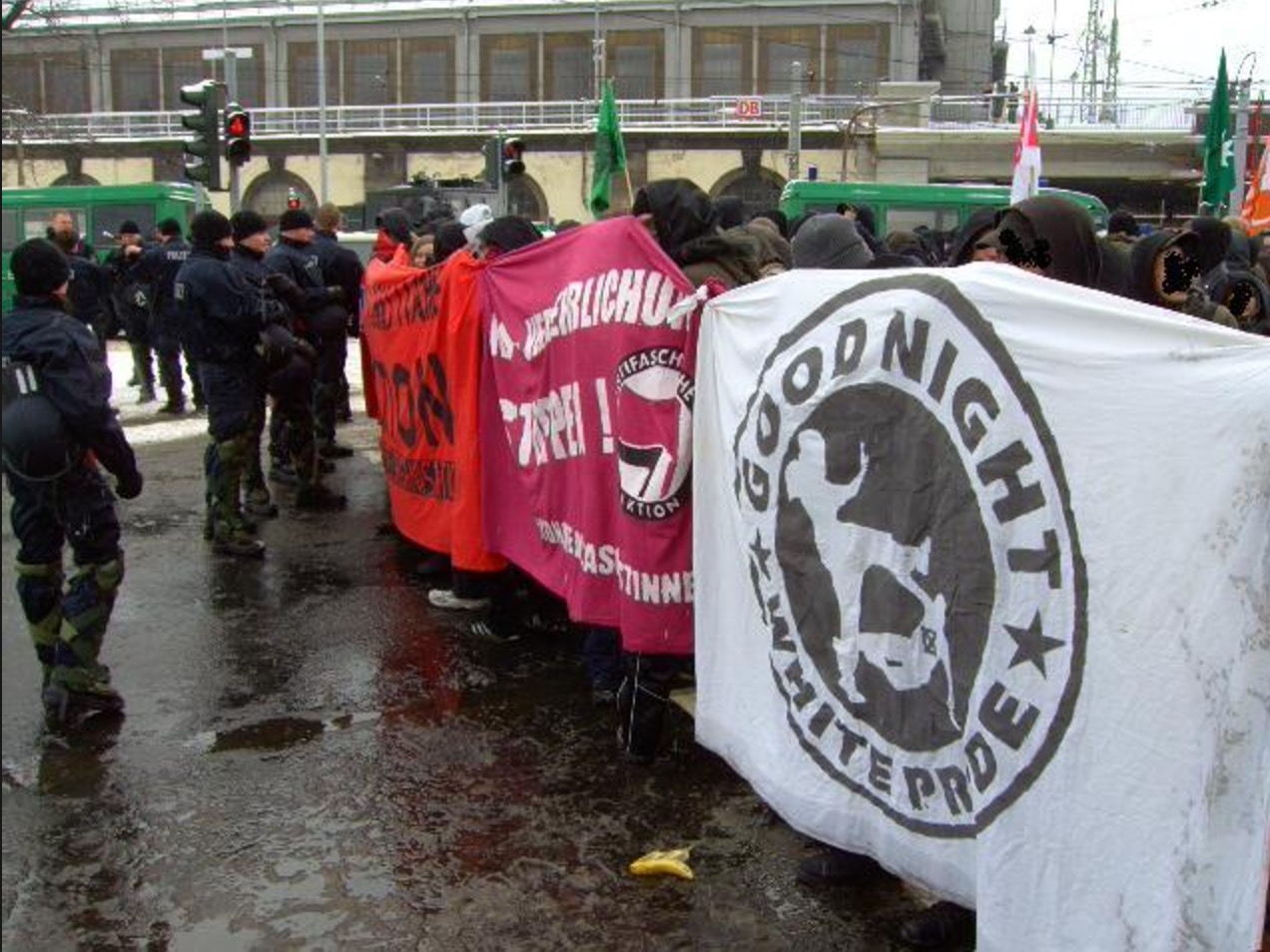 In a surprisingly accurate report contrary to the establishment media’s recent tendency to downplay Antifa violence, The Washington Post recounted visceral details Monday of the violence the anti-fascists unleashed on “peaceful right-wing demonstrators.”

“A pepper-spray wielding Trump supporter was smacked to the ground with homemade shields,”reports Kyle Swenson for The Post. “Another was attacked by five black-clad antifas, each windmilling kicks and punches into a man desperately trying to protect himself. Their faces hidden behind black bandannas and hoodies, about a 100 anarchists and antifa — ‘anti-fascist’ — barreled into a protest Sunday afternoon in Berkeley’s Martin Luther King Jr. Civic Center Park.”

Recent coverage of Antifa and left-wing inspired violence has been sparse, with little media outcry or focused reports. Antifa violence was seemingly downplayed by the establishment media in Charlottesville, and on Tuesday, Reuters and The Post referred to left-wing protestors at a Trump rally as “peace activists,” although they started fights, threw rocks and lobbed water bottles.

The original event planned for Monday, “No to Marxism in America” at MLK Jr. Park, had been canceled by organizer Amber Cummings because of security concerns. “I’m sorry for this but I want this event to happen peacefully and I do not want to risk anyone getting harmed by terrorists,” Cummings wrote according to NBC Bay Area. Despite the cancellation, many Trump supporters decided to show up anyway.

The police in Berkeley maintained a strict parameter, with 50 police officers spread out around the area including the park’s four entrances earlier in the day “enforcing an emergency city rule outlawing sticks and other potential weapons from the park” reports Swenson. “But antifa protesters — armed with sticks and shields, and clad in shin pads and gloves — largely routed the security checks and by 1:30 p.m.”

The Post report even linked to a disturbing video showing the leader of the Oregon-based Patriot Prayer group and Trump supporter, Joey Gibson, forced to retreat behind a line of riot police after being assaulted by left-wing protestors armed with shields, sticks and projectiles while screaming “fascist go home.” The Post’s report did not indicate that any alt-right, white nationalists or KKK members attended the rally.

Even President Trump acknowledged The Post’s report. He retweeted Dinesh D’Souza’s take on the coverage: “Finally, as if by accident, the @washingtonpost breaks down & admits the truth about where the violence is coming from.”

Finally, as if by accident, the @washingtonpost breaks down & admits the truth about where the violence is coming from https://t.co/n9L1XclpDg

Swenson noted the Associated Press learned of at least five individuals who were attacked, and linked to an AP reporter’s first-hand account of the assaults. Berkeley Police Lt. Joe Okies told The Post 13 people were arrested at the rally “on a range of charges including assault with a deadly weapon, obstructing a police officer, and various Berkeley municipal code violations.”

DEVASTATION: Houston Before And After Video