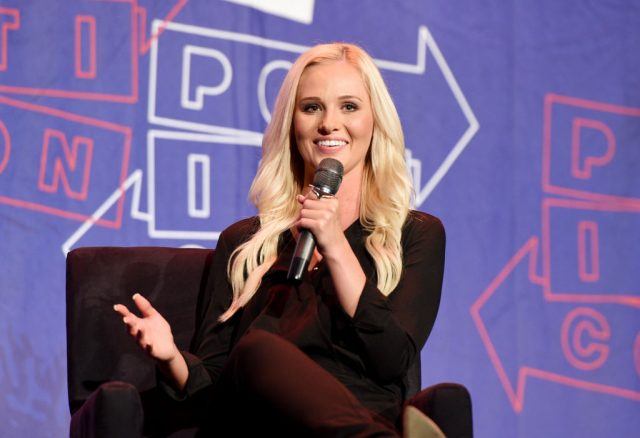 A Dec. 4 tweet from The Daily Beast claimed that Fox Nation host Tomi Lahren accused migrants of bringing disease to the U.S. with “zero evidence.”

Tomi Lahren accuses migrants of bringing HIV and TB to the U.S. with zero evidence https://t.co/lg9xmdfo9O

“Tomi Lahren accuses migrants of bringing HIV and TB to the U.S. with zero evidence,” reads the tweet.

Lahren cited the Tijuana Health Department, which has reported a handful of cases of tuberculosis, HIV and chickenpox among members of the migrant caravan seeking entry to the U.S. There have been contradictory reports by Mexican officials about whether any migrants have tuberculosis.

Lahren made the statement during a segment called “First Thoughts” on Fox Nation. “If it weren’t bad enough these people are rushing our borders, throwing rocks at our border patrol agents, and circumventing the law – they are also bringing disease with them,” she said.

Contrary to The Daily Beast tweet, Lahren does cite a source during her broadcast – the Tijuana Health Department.

“Tijuana’s Health Department warns migrants who came with the caravan are suffering from respiratory infections, tuberculosis, chickenpox and other serious health issues,” she said, according to a transcript obtained by The Daily Caller News Foundation.

Lahren goes on to list specifics, saying that more than one-third of the 6,000 migrants residing in a migrant camp in Tijuana were being treated for “health-related issues” and that three cases of tuberculosis, four cases of HIV/AIDS and four cases of chickenpox had been confirmed.

These stats match up with figures reported by Fox News on Nov. 29, citing Tijuana health officials. The report also mentions respiratory and skin infections, lice and the “threat of Hepatitis outbreak due to unsanitary conditions.”

Lahren later responded to The Daily Beast’s claim in a tweet, saying, “Really? Ask the Tijuana Health Department. They reported it.”

Really? Ask the Tijuana Health Department. They reported it. https://t.co/MGairpsF92

President Donald Trump has also said in recent days that migrants are carrying disease. In a tweet Tuesday, he claimed that open borders leads to “large scale crime and disease.” He faced similar backlash from some claiming that his statements were made without evidence.

“Even without any evidence that immigrants will bring ‘communicable diseases,’ people believe the Pres Trump,” tweeted Yamiche Alcindor‏, a White House correspondent for PBS NewsHour.

Note: I interviewed senior citizens in a gated Florida retirement community who told me they were worried that the caravan was going to bring deadly diseases to America. Even without any evidence that immigrants will bring “communicable diseases,” people believe the Pres Trump. https://t.co/jHDb4Odvsh

Officials with the Mexican state of Baja California told PolitiFact on Dec. 3 that between Tijuana and Mexicali, the two cities where migrants were being treated, there have been four cases of HIV, seven cases of chickenpox and zero cases of tuberculosis confirmed, partially contradicting earlier reports.

The Daily Beast’s original tweet linked to an article that was later updated to include this information. “Editor’s Note: This story has been updated with the Baja government’s response to the claims,” it read.

Despite these reports, some have argued that the migrant caravan doesn’t present a serious public health risk, as Lahren and Trump have suggested.

“There are 2.4 million Californians living with TB according to the California Tuberculosis Controllers Association,” Jorge-Mario Cabrera, a spokesperson for the Coalition for Humane Immigrant Rights told TheDCNF in an email. “A number of reported cases of minor and more serious health conditions among the migrant exodus should concern us as a humanitarian need that must be met, but not as a public health emergency.”

The Daily Beast did not respond to a request for comment.

Have a fact check suggestion? Send ideas to brad@dailycallernewsfoundation.org 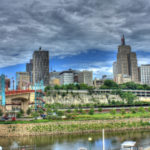 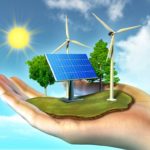 What are the countries with the biggest green energy investments in 2018?